Stormhaven is the south-central region of High Rock. The city of Wayrest, the home of High King Emeric, is located here. Despite the signing of the Daggerfall Covenant with the Orcs and Redguards, and its acceptance by most Bretons, there is still an underlying resentment towards the Orcs from the Bretons of Wayrest.

Stormhaven is a temperate region of sparse woodlands and farmland, with the weather changing spasmodically between clear skies and heavy rain. In the west, the region of Alcaire is governed by Duke Nathaniel from Alcaire Castle. The regional knightly order, the Knights of the Flame, are based at the nearby Firebrand Keep, which also serves as a milegate on the road to Wrothgar. A watchtower marks the start of the hillside trail to Glenumbra, while Newgate guards the southern end of the mountain pass to Rivenspire. The city of Wayrest dominates the central region of Menevia, a lowland area which is also home to dreugh spawning grounds. The Spirit Wardens of Pariah Abbey have been investigating the increased activity of the cult known as the Supernal Dreamers, while the Midnight Union have been expanding their operations in the region. The Gavaudon region in eastern Stormhaven is the location of the ancient statue known as the Weeping Giant, beyond which lies the bridge to Bangkorai. 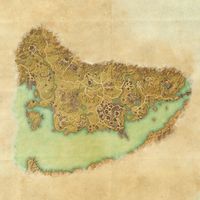 A map of Stormhaven

This Elder Scrolls Online-related article is a stub. You can help by expanding it.
Retrieved from "https://en.uesp.net/w/index.php?title=Online:Stormhaven&oldid=2669688"