Cheydinhal is one of the nine major cities in the province of Cyrodiil, situated in the boreal highlands of the Nibenay Basin. Cheydinhal is an idyllic and prosperous Nibenese city that is most well-known for its heavily Dunmeri inspired culture and architecture, which came in nearly half a century before the Fourth Era. The city is known for its broad, green parkland and neatly trimmed cityscape, all of which surround the graceful willows of the Corbolo River.[1] Cheydinhal is also known as the home of House Tharn, an ancient family of Imperials that have lived in the region since before the Empire's inception.[2] 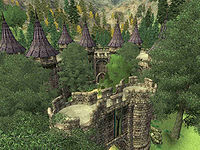 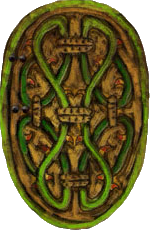 Cheydinhal is built on the Blue Road, one of the important thoroughfares of the Imperial Province, which stretches between the temperate climate of the Heartlands, and the misty alpines of the Nibenay Basin. It is surrounded by evergreen woodland and the steep foothills of the nearby Valus Mountains to the east, the land north of the city has been controlled by House Tharn since the late First Era.[3] The region provides little flatland for any settlement as large as Cheydinhal, with the closest being the small farming community in Harlun's Watch just south of the city, or even estates across the county. While the exact border of the county are unclear, the area north between the city and the Jerall Mountains is part of Cheydinhal.[4]

For the longest time, Cheydinhal was built in the traditional Imperial style seen across the province in its lesser settlement,[5] but after the Dark Elves migrated into Cheydinhal, it soon took on aspects of their ornate architecture style.[1][6] Buildings were made half-timbered and given concave roofs similar to the ornate and traditional style seen in mainland Morrowind,[7] most notably with the former capital, Mournhold.

The city is split between three different districts, the land of Castle Cheydinhal, the Chapel District, and the Market District. They are separated by the banks of the Corbolo River and the willow trees that laden the river. The Market District lies on the west side of the river, and here is where all of Cheydinhal's commerce is located. The Mages Guild in the district was the center of the province's School of Alteration for a short time, before the guild's dissolution in the Fourth Era.[8] The Chapel District is located on the east side of the river and it contains both the Great Chapel of Arkay and the residential quarter. It is said that even the poorest citizens are bright and clean. To the north on the same side as the Market District is Castle Cheydinhal's courtyard and inner keep. Both sides are connected by bridges and the long park island in the middle of the river.[1] 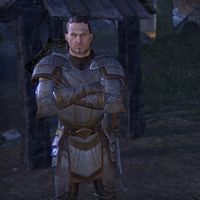 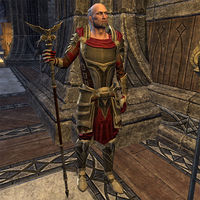 While it is known that House Tharn of Cheydinhal has existed in the region since before the Alessian Empire was founded,[2] it is unknown when exactly the settlement, nor the county of Cheydinhal were founded. Some of the earliest mentions of Cheydinhal dates back to the War of Righteousness circa 1E 2300s, when General Turpis Tharn became the Earl of Outer Cheydinhal before he married the niece of Admiral Bendu Olo.[2]

When the Planemeld left the province of Cyrodiil sundered and ruined in the mid-Second Era, the Imperial garrison in Cheydinhal amassed control over the town and imposed themselves as tyrannical rulers, often forcing the people into borderline slavery. They would draft able-bodied people into their ranks whether they wanted to or not, however, when they tried to draft a commoner, Donus Falto, he ran away into the wilderness and left his family devastated.[10] That event was the spark for a large revolution led by Sylvian Herius, who called the people together to raise their arms against the Imperial Legion. Eventually, the town had been split by the Corbolo, with the west occupied by the rebels and the east controlled by the Legion. Another figure, Vyctoria Girien joined the resistance later and proved a capable leader, coming at odds with Sylvian's authority.[11]

By 2E 582, the Alliance War raged across central Cyrodiil, engulfing Cheydinhal in the conflict. Generally speaking, the ruins of the city was located in territory controlled by the Ebonheart Pact, but real power over the roads around Cheydinhal were determined by control over nearby Farragut Keep.[5] Every so often, wandering soldiers of the Alliances would travel to the city and assist the rebellion in their plans to take down the Imperial Legion.

Cheydinhal in the Third EmpireEdit 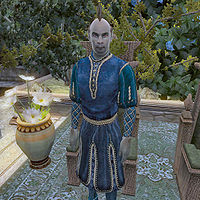 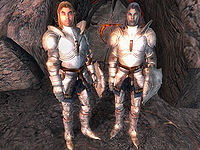 The last of the Knights of the Thorn

Sometime in the fifth century of the Third Era, many Dark Elves traveled west from their ancestral homeland of Morrowind, to distance themselves from their rigid society and the Temple theocracy. They were said to have been inspired by the patronage of Zenithar, which propagated the stimulating commercial atmosphere in Cyrodiil. Half a century later, one of these immigrants, Andel Indarys became the Count of Cheydinhal, alongside his wife, Llathasa Indarys. His sudden rise to the Cheydinhal nobility is hard to explain and the most of the oldest Imperial families regarded him as a "presumptuous upstart." When his wife was discovered on the steps of Castle Cheydinhal badly battered and later dead, it quickly turned Andel Indarys into a very controversial figure, and many rumors of suspicion, wrath, and infidelity began to follow him. It left several people, such as the writer, Alessia Ottus to believe a darker mystery was at play.[1]

When the Oblivion Crisis occurred in 3E 433, Count Andel Indarys enlisted the help of the Knights of the Thorn, led by his son, Sir Farwil Indarys to vanquish the daedric horde from their domain. Their endeavor ended in failure, reportedly outnumbered by a hundred to one and that only Farwil and Sir Bremman Senyan survived in the Deadlands. That was until the Hero of Kvatch delved into the Oblivion Gate and fought their way through the volcanic wastes and the demonic Sigil Keep with the remnants of the knighthood. It is unknown if the knights survived the ordeal but the gate was closed and Cheydinhal was saved.[12][13] The Count later offered their assistance to the Hero for the defense of Bruma by sending some soldiers.[14] The Hero was able to infiltrate the Sigil Keep in the Great Oblivion Gate and acquire the Great Sigil Stone.[15] 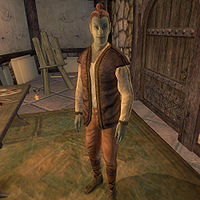 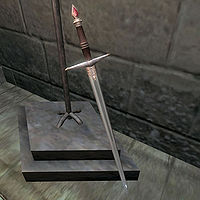 The Sword of the Crusader

Concurrent to the Crisis, many noteworthy events took place in Cheydinhal. For one, the famous painter, Rythe Lythandas went missing for several days, leaving his wife, Tivela grieving. Some rumored that Rythe was kidnapped by the Cheydinhal Guard and kept in for ransom.[16] When an adventurer came to their place to investigate, they discovered that his canvas was a magical portal to a painted world created by the Brush of Truepaint. A thief stole the brush and delved deep into the painted forest and that the only way they can escape is if they can find the brush. Rythe and the adventurer were able to escape.[17] The Black Horse Courier reported on the incident, but the Lythandas family did not comment on what exactly happen, nor told the name of the person that helped them.[16]

The Captain of the Guard, Ulrich Leland used his power to impose heavy tax and extort people for their money. While the Count took no notice of these activities, the second in-command of the guard, Garrus Darelliun did not take these actions lightly and collaborated with a traveler to thwart his corruption. The traveler talked to one of the citizens, Aldos Othran, who was thrown out of his home for not complying with the guard. He confronted the guard in front of his home and was subsequently killed for fighting back. Afterward, the traveler began to talk with Garrus and another citizen, Llevana Nedaren, Ulrich's most out-spoken critic. They each offered a solution to the situation, but it is unknown which method was used. In any case, Ulrich's schemes was caught and Garrus was promoted to the Captain of the Guard.[18] At around the same time, Aurorans assaulted the chapel of Arkay and killed many people, including the Living Saint, Errandil. The Divine Crusader defeated the Aurorans and blessed the Sword of the Crusader at the altar in the chapel.[19]

Cheydinhal in the Fourth EraEdit 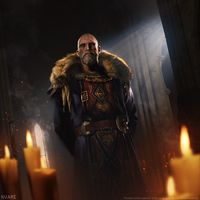 Cheydinhal continued well after the end of the Third Era, but faced tribulations when the floating city of Umbriel made its way toward the county-seat from across the Valus Mountains. People from across the region such as the folk in Mountain Watch were escorted to Cheydinhal as the Umbriel zombies positioned themselves a few hundred yards from the city, just out of range from the ballistae and catapults. After a day of fighting, the people in Cheydinhal were able to evacuate the city and descend down the Blue Road toward the Imperial City. The Knights of the Thorn, led by Ilver Indarys helped the Imperial Legion escort the refugees. After the crisis was resolved, the people of Cheydinhal returned to their homes.[7]

Emperor Titus Mede II had split his armies into three at the tail end of the Great War for what would become later known as the Battle of the Red Ring in 4E 175. General Jonna and her army of Nordic Legion soldiers were stationed near Cheydinhal before they reached the Red Ring Road and advanced south to the Niben River, where they met General Decianus' army in the west, to completely surround the Imperial City.[20]

On the 1st of Hearthfire in 4E 189, the city of Cheydinhal erupted into violence and chaos like other cities at the time. The details on such an event is currently unknown but what is known is that the Dark Brotherhood's sanctuary in Cheydinhal was left disserted in 4E 200 by the Keeper of the Night Mother, Cicero, the last remnant of the province's brotherhood.[21] On another note, despite the past conflicts that crippled Cheydinhal throughout the years, its most esteemed citizen, Rythe Lythandas continued to live out his days in the city, even supplying people with rare samples of Painted Troll Fat.[22]