This can be completed as part of the Allies for Bruma section of the Main Quest.

The son of Count Cheydinhal, Farwil Indarys, has entered the Oblivion gate with his group of knights called the Knights of the Thorn. Asking the local town guard about Knights of the Thorn reveals that they spend most of their time making up wild stories and drinking at the tavern.

After entering the gate you will find that, unlike most Oblivion gates, this quest takes place in a unique plane of Oblivion. The earliest part of the plane will have you traveling through a series of caves, ending with Farwil plus his one surviving knight, Bremman Senyan, on the other side of the tunnels. However, if your Acrobatics is fairly high, you can leap down the cliff, landing on rocks, and get down there, bypassing the caves entirely. Talking to Farwil activates a rather wild story, while speaking with his companion unveils the real story. Farwil, after failing to go to the town guard for help, has led a losing battle against the daedric forces in this plane, leading to all of the other members of the Knights of the Thorn dying. Bremman and Farwil managed to evade the rest of the daedra at the base of the bridge leading to the sigil keep. They refuse to return through the way they came meaning you will have to destroy the gate to save them. This is followed by a long, unbroken bridge over lava with four random Daedra. It is a good idea to keep Farwil and the enemies away from the edges, as Farwil and his companion both will blindly jump into the lava to chase an already doomed Daedra. All Daedra will be drawn to attack Farwil first, and since he doesn't have much health, protecting him is vital.

Tactics for Keeping the Knights AliveEdit

The Sigil Keep (called "The Chaos Stronghold") is a typical run with two corridor-ramp areas, eventually leading to the Sigillum Sanguis. Upon entering the Chaos Stronghold, the two knights will go sword-happy and may very well enter the corridors after some Daedra they managed to spot up in the rafters. As you cannot give them commands you will have a particularly hard time saving Farwil from an untimely death. To make matters worse they lack leveled equipment, instead they wear a partial set of steel armor, with a Knights of the Thorn Shield and two different steel weapons. It is also worth noting they have no ranged attacks and will be extremely vulnerable to friendly fire and enemy spell casters.

Considering these factors the best strategy for completing this quest with the best possible ending would be to do it at an early level, as at the higher levels they are mismatched in one on one fights against the daedra, let alone the daedric hordes you face. Though it may seem logical at first glance, it is not recommended to try to rush the tower and hope they will last long enough for you to destroy the gate as they will die long before you can reach the top of the sigil keep. Archery is nearly entirely useless in this quest as the tower's cramped hallways and crooked paths make it almost impossible to line up a shot, not to mention the two suicidal lemmings that will charge right at the enemy. Having spells that provide magical shields against damage, 100% Chameleon spells to keep them safe from most damage, and healing spells to help them recover from the many wounds they will sustain throughout the battle are all recommended. You may also benefit from spells or enchantments that boost disposition since they are both melee fighters friendly fire is very likely.

At level 30, friendly fire is a big problem for a strong fighter; a tactic that might help is to soften up but not kill the closest Daedra in a group before moving on to the next enemy. The two knights should lag behind and finish off the opponents without too much trouble, two on one, and this keeps them behind you and out of your way while you do most of the damage. Then they can be healed before moving on to another group.

After fighting a group, if your companions are on low health, you can wait (if there are no enemies around) and they will regenerate their health.

If your Acrobatics are high enough and you have enough health restoring potions and/or spells it is possible to navigate under the bridge to bypass the daedra and not have to worry about Farwil and his knight being slaughtered in the Sigil Keep.

You could also choose to leave the Keep and wait for an hour after every wave of daedra. This will restore your health and magicka, as well your companions'.

Alternatively, see the Note below about sneaking past Farwil and assaulting the tower alone.

If Farwil is returned safely, he will make you a Knight of the Thorn. You will receive +2 Fame. Access to the Knights of the Thorn Lodge is also awarded, but there is not much in there. It does have some beds which makes for a decent place to rest. It is probably a bad idea to use the chests and crates to store items because some of them respawn. If you speak to him about the Knights of the Thorn, he will give you a leveled Knights of the Thorn Medallion (Fortify Speechcraft). However, if you neglect to do so, and complete the quest by talking to his father, the medallion will be forfeit.

The Count will also offer a reward of one of two magic items - a sword or a staff; only one can be selected. If the sword is chosen, the Count will present Thornblade, a leveled longsword of Disintegrate Armor. The alternative is the Staff of Indarys (leveled Shock Damage and Damage Strength). The Count will also give allies to Bruma.

If Farwil dies, you can retrieve his Signet Ring and his Knights of the Thorn Medallion. In this case, you get only +1 Fame and your final reward from the Count will be lessened, as you get just a leveled gold reward (see chart below). Although the Count asks for Farwil's Signet Ring, you do not need to have it to obtain the reward; even if you do have the ring, the Count returns it to you.

If you kill Farwil, the quest will fail. Beware, if you do kill Farwil and do not reload, the Count will refuse to talk to you for killing his son, making it impossible to do any previously uncompleted quests involving the Count, such as the Cheydinhal house for sale, or the Allies for Bruma quest. You will also receive +2 Infamy for killing Farwil.

(The leveled gold reward is only if Farwil dies. If he survives, you get one of the weapons described above.) 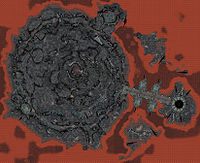 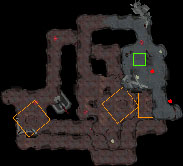 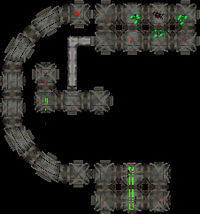