This is where news for the main page is written, whether it be about The Elder Scrolls or about our site. If you would like to write news for the main page, simply create a header in the "Proposed News" section and write a brief news story underneath. Others will come by behind you and clean it up, and an administrator may feature it on the main page once it becomes brilliant prose.

The Elder Scrolls: Blades has released Update 1.8 for the game. The update brings with it Events, time-limited quests with unique properties that reward Sigils. Sigils can be used in the new Sigil Shop to buy unique items and various other goods from its constantly-cycling inventory. Update 1.8 also features a series of bug fixes and game alterations, which can be read about here.

The official announcement and patch notes can be seen here.

Elder Scrolls Online is currently hosting its first ever Summerset Celebration Event. Players will be able to obtain extra loot from all daily quest rewards, resource nodes, world and delve bosses, and Psijic Portals (Summerset only) from July 23 until August 4 at 14:00 UTC. Additionally, players will obtain a Glorious Summerset Coffer the first time they complete an Abyssal Geyser, delve, world boss, daily quest, or the Cloudrest trial weekly quest each day. More common Summerset Coffers will be earned by continuous play after receiving a Glorious Summerset Coffer. The event also introduces the new Snowhawk Mage outfit style and the Mossheart Indrik evolution. Additionally, the Summerset Collectors pack has temporarily had its price lowered by half, and the Psijic Vault Crown Crates and a new music box are similarly available.

More information can be seen on the official announcement here, or on our article.

The Elder Scrolls Online team is releasing a free in-game Crown Store Bundle to show their appreciation for the ESO community. The bundle includes:

The Bundle will be available until July 30th, and you can see the official announcement here.

Elder Scrolls Online has announced the first details of the next release for the ongoing Dark Heart of Skyrim year-long arc, Stonethorn. Stonethorn will feature two new dungeons in Western Skyrim, Stone Garden and Castle Thorn. Stone Garden will have the players fight against the evil works of the Alchemist Arkasis in his laboratory. Castle Thorn will have you join forces with Gwendis as she battles against Lady Thorn and her vampire army. The update will also feature new item sets, performance improvements, updates to the Housing Editor, as well as various bug fixes and balance changes.

The announcement can be seen in full here, and the update will be releasing to the Public Test Server on July 13th.

The Elder Scrolls: Blades has made its console debut on Nintendo Switch as of May 14, 2020. It can be downloaded for free from the Nintendo eShop. The game supports crossplay, so if you don't wish to lose your progress from mobile you can log into your Bethesda.net account during the opening tutorial where you fight a Thalmor agent.

Blades left early access on May 12, 2020 with the new 1.7 update, which added several new quests including an arena questline. Anyone who played during early access can log in to receive a reward of 150 gems and a unique Emblem decoration for your town.

The UESP is running our charity event earlier to help out with the ongoing COVID-19 pandemic through our Patreon page. The rules are simple:

You can find the poll here.

The Unofficial Elder Scrolls Team was given the opportunity for a sneak peek at the upcoming Elder Scrolls Online expansion Greymoor, as part of the Dark Heart of Skyrim. In it, we managed to get an early look at Western Skyrim, as well as some of the new mechanics coming to the game.

You can see our full preview over on our Official YouTube Channel. 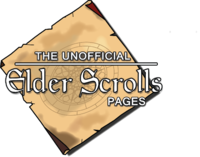 The Unofficial Elder Scrolls Pages would like your help supporting our site and projects via Patreon. Please consider becoming a supporter over on Patreon.

The Unofficial Elder Scrolls Pages has been a free source of the Elder Scrolls knowledge since 1995. Previously we have been funded entirely by ads, but we would like to explore alternative options considering the increasingly volatile nature of online advertisement.

By supporting our Patreon, you will help us:

Additionally, our first thirty backers will receive a copy of our 2020 calendar.

Thank you all for the immense amount of support you have given us over our quarter of a century of operation. We hope you will join us on Patreon.

As part of a global reveal event held on January 16, ZeniMax Online Studios has announced two of the upcoming content releases for ESO as part of the year-long "Dark Heart of Skyrim" storyline: the Harrowstorm dungeon pack coming in March 2020, and the Greymoor Chapter due for release in June. Harrowstorm features two new group dungeons named Icereach and Unhallowed Grave, and will be available for public testing sometime next week. Greymoor will be set in Western Skyrim, roughly spanning the holds of Hjaalmarch and Haafingar; in addition, a significant portion of the explorable area is actually located deep underground, in the massive province-spanning caverns known as Blackreach. The story is focused on aiding Lyris Titanborn in stopping a Vampire Lord from invading the surface world and conquering all of Tamriel. The Chapter will also be adding a new treasure hunting "Antiquities" game system.

Information on the latter two content releases for 2020 will be announced later this year and will consist of a second dungeon pack and a zone DLC. It was teased that the zone would be taking place in the Reach. Greymoor and its Collectors Editions are available for pre-order now, and if you log into ESO and kill any enemy before January 22 you will receive a promotional Long-Winged Bat pet as part of the announcement.

The UESP is currently conducting a survey on how you can support the site, and you can win one of our 2020 calendars by filling it out!

We are, surprisingly frequently, asked by people if they can donate to support the UESP, and the answer to that has been, for many years, a gracious no. Some of them just want to support the site, some of them want to give back in return for blocking our ads, and some just wanted to be able to get their hands on the UESP's custom-made goods (like our calendars, shirts, and pins). After much thought, we think we can create a system that can satisfy all of those desires.

As of today, the UESP is supported by ads, but we are looking at options where we can allow users to disable them, while still being able to support the UESP. Of course, we would also like to give back to you directly if you were to support us, and we'd like to offer several different rewards to our users who would. While we are still considering options, some potential rewards are a special thank you page on the UESP, custom code to disable ads on the UESP, access to exclusive Discord roles and channels, and various goodies ranging from our calendar to clothing to figurines to flash drives.

By supporting the UESP, you will help cover our ever-rising server expenses, help pay the salary of our full-time team and even hire new ones, and develop new tools, apps, and content to support Elder Scrolls fans.

You can find the survey here, and thank you for keeping us as your source for The Elder Scrolls since 1995!

The UESP believes in giving back as much as we can, and in past years we have chosen to support numerous charitable organizations during the holiday season. This year is no different, but we want to do more. This year, we're asking for your help to do even more good than we could on our own. We've chosen to focus our efforts through Extra Life this year in their mission to support children's hospitals.

To help you do even more good, the UESP will match $1,000 dollars worth of donations. We're also going to be doing a number of giveaways available to donors, which will include some of our 2020 calendars.

You can donate directly here, and view our team page here. If you want details about the ongoing giveaways, you can find them during our livestreams on Twitch, along with details on our various social media channels.

Elder Scrolls Online has released the final trailer for the Season of the Dragon year-long story at the Game Awards. The trailer depicts the climactic battle against Kaalgrontiid. In a short scene at the end of the trailer, a Nord was shown overlooking Skyrim, with an ominous green sky, a brief message stating "EXPLORE THE DARK HEART OF SKYRIM", followed by it stating a reveal would occur January 16, 2020.

The full trailer can be seen here.

Older news should be bumped down to this section before being permanently archived (see right). There is no set length of time that an article should remain visible on the Main Page; that should be decided based on the importance of the news, as well as aesthetics.