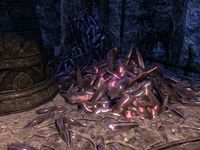 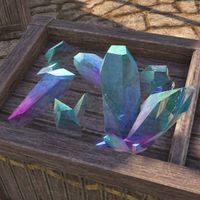 Soul gems at a market stall