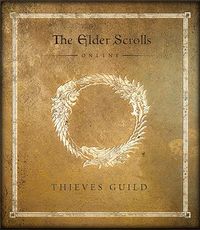 Thieves Guild introduces the eponymous Thieves Guild faction, along with the zone of Hew's Bane. It focuses on stealth and the Justice System.

The loyalty reward for Thieves Guild is a Jackal pet. The DLC was also available for purchase as part of the Thieves Guild Collector's Edition bundle for 040004,000

. It's included with the Gold Edition of ESO and the Guilds and Glory bundle.