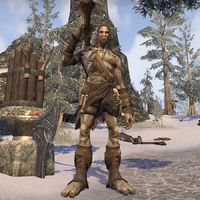 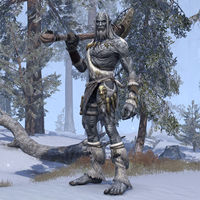 A giant in Wrothgar 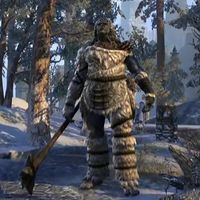 Giants are large primitive humanoids most often found in Skyrim and other mountainous areas. They are also often accompanied by mammoths.

Giantsesses are the female version of Giants but are much more powerful and have different abilities. There are no generic Giantess enemies in-game.

As they are considered elite enemies, giants are immune to all forms of crowd control effects.

As they are considered elite enemies, giantesses are immune to all forms of crowd control effects.

Aspera Giant-Friend tells you to speak with a friendly giant who will help you sneak into the Stormfist-controled fortress at Cradlecrush.

<The giant stares at you expectantly.>
<Poke the giant.>
<The giant gestures to a nearby spot.>
Now what?

He then kicks you over the wall.