Cloud Ruler Temple, the ancient stronghold of the Blades

"The Blades are sworn to the service of the Emperor, as the mortal representative of the Dragon Blood of the divine Talos." — Jauffre, Grandmaster of the Blades

The Blades were members of an elite Imperial order dedicated to the protection and service of the Dragonborn emperors of Tamriel. Descended from the Akaviri Dragonguard, who became the personal bodyguard of Emperor Reman I, the Blades have since diversified into many areas of Imperial espionage, military, and diplomacy.[1] Indeed, while a select few were appointed by the emperor to serve openly as diplomats or bodyguards, the majority of Blades agents acted covertly as couriers and spies.[2][3] Serving as the emperor's eyes and ears, a vast network of Blades have influenced many critical events across Tamriel, such as reassembling the golem Numidium and defeating Dagoth Ur.[4] The Blades were disbanded following the Great War and largely killed off by the Thalmor,[1] but were reformed once again to assume their ancient role as dragon hunters during the return of Alduin.[5]

The arms, armor, architecture, and customs of the Blades reflect their Akaviri heritage, most famously their distinctive Akaviri katanas and ceremonial armor.[1] The order operated a number of secret strongholds across Tamriel[1] which served as headquarters and sanctuaries,[3] the most well-known being Cloud Ruler Temple in Cyrodiil, where the swords of those Blades who were slain while protecting the Dragonborn were hung.[1] Other known strongholds include Castle Llugwych[6] and Storm Talon Temple in High Rock, Sky Haven Temple and Dark Water Temple in Skyrim,[5] Wind Scour Temple in Hammerfell,[1] as well as Tideholm and Dov-Vahl Hall in Elsweyr.[7]

The seal of the Dragonguard as seen ca. 2E 582 in the Imperial City

The history of the Blades stretches back many centuries, to the Akaviri Dragonguard. They relentlessly hunted dragons in Akavir, and in 1E 2703 they invaded Tamriel to continue this crusade.[8] They marched through Morrowind and Skyrim with little resistance until being met by the united forces of Cyrodiil under Reman I at Pale Pass, in the Jerall Mountains. As soon as they heard Reman's voice at Pale Pass, they knelt before him and proclaimed him Dragonborn, claiming he was what they had come to seek.[1][9] These new additions to his army did much to enable Reman's conquest and unification of most of Tamriel to found the Second Empire.[8] However, the Dragonguard had not forgotten their original mission, and they continued hunting dragons, particularly in Skyrim, with great success.[10] Within Elsweyr, the Dragonguard worked with Ja'darri of the Pride of Alkosh to subdue Laatvulon, the Black Beast. They were successful, trapping him beneath Doomstone Keep, though Ja'darri died in the process.[11] Dragons were driven nearly to extinction in the next two centuries, and the Dragonguard operated chapters across Tamriel under the direct command of the Dragonborn emperors.[1]

Unfortunately, as the Dragonguard had not yet evolved into the espionage specialists that were the Blades, they failed to prevent Emperor Reman III's assassination by the Morag Tong in 1E 2920. The Dragonguard was officially disbanded after this ignominious event, with many members becoming mercenaries and later forming the Fighters Guild. Others went on to ensure the martial and mystical arts of old Akavir would survive into Second Era, and became known as Dragon Knights.[9] Unofficially, some were retained by the Akaviri Potentates, now as a covert force rather than an honor guard.[9] Others continued hunting the wary surviving dragons in Skyrim until at least 2E 373.[12] 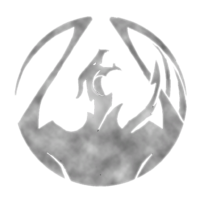 Following the assassination of Savirien-Chorak, the Dragonguard counted their enemies among those who conspired to cut down Reman and the Potentate. Many Dragonguard met their end by a knife in the dark, forcing the rest to go into hiding.[13] Later, during the long Interregnum, in the absence of any true emperor to protect, they protected the Ruby Throne in the Imperial City from the petty warlords rampant in Cyrodiil.[14] They were driven underground by Empress Clivia Tharn during the Planemeld after captain Sai Sahan disappeared, but continued to operate in the province under pseudonyms,[15] with one of their agents playing a large role in protecting the Sublime Brazier and thwarting Molag Bal's invasion of the Imperial City.[16]

The hidden Akaviri shrine of Dov-Vahl in the Scar served as one of the last sanctuaries for the disgraced and disbanded Dragonguard after the assassinations of the Potentates as a place to keep their ancient traditions alive.[17] When the Dragons were released from the Halls of Colossus, they manipulated Euraxia Tharn to ally with them. As part of their agreement, Euraxia Tharn put out an order for her soldiers to assassinate Dragonguard Orland, the last known member of the order in Elsweyr.[7]

With the dragon threat returning, Sai Sahan sought to reform the Dragonguard as dragon hunters likened to their original incarnation, rather than as bodyguards to the Emperor. Hearing rumors of a powerful weapon known as the Horn of Ja'darri, Sai Sahan and the Vestige journeyed to the abandoned strongholds of the Blades, finding grappling bows, books, arms and armor of the Dragonguard in the process. They soon discovered the Horn was stolen by Vahlokzin and taken to his lair in Pellitine, and traveled there to kill him, claiming the Horn for their cause.[18] Sahan soon relocated from the Valley of Blades to Senchal after hearing reports of dragon sightings and cult activity across the land.[19]

Some would-be emperors formed their own personal 'Dragonguard', although these were only imitations of the Akaviri, not a continuation.[20] It is speculated that the real Dragonguard may have sought out and protected potential Dragonborn, including the future Tiber Septim, in a bid to place one on the throne.[14][8]

A Blade of the Third Empire, wearing the characteristic Akaviri armor

With the ascendance of a new Dragonborn emperor, Tiber Septim, the ancient order emerged from its seclusion and resumed its role serving the new empire.[21] It was under the Septim Dynasty that the organization became known as 'the Blades', as they rose to a greater prominence than the Dragonguard ever had, developing into a continent-spanning intelligence service that worked under the personal direction of the emperor.[1] This network was necessary to accomplish the vital tasks with which the Blades were entrusted, including the recovery of and joining together of the pieces of Numidium ever since it was shattered by the Underking, which took centuries to accomplish and resulted in the Warp in the West.[22] Emperor Uriel Septim VII in particular made heavy use of the Blades, dispatching agents to investigate King Lysandus's death and the Nerevarine prophecies.[4][6]

At some time in the Third Era, with dragons popularly regarded as extinct, the Blades further distanced themselves from their Dragonguard origins and embraced a semi-religious devotion to the Divine Talos, becoming closely associated with the monastic Order of Talos.[23][24] Their faith was sorely tested, however, when Uriel Septim VII was assassinated by the Mythic Dawn, along with all his known heirs, setting off the Oblivion Crisis. Fortunately, the Blades were entrusted with the knowledge of an illegitimate son, Martin Septim, who shared the Dragon Blood of his father.[3] With the help of a nameless Champion, the Blades were able to safeguard Martin until he could summon an avatar of Akatosh and banish the Daedric Prince of Destruction Mehrunes Dagon from Nirn, at the cost of his life.[25]

With the Septim Dynasty sundered, the Blades once again secluded themselves in their temples to await the coming of another worthy Dragonborn.[1] Eventually, Titus Mede was declared Emperor, beginning a new dynasty, but he was no Dragonborn and so the Blades did not truly serve him. Rather, they foresaw the threat posed to the Empire by the Thalmor of the Aldmeri Dominion, and worked covertly to combat them for years.[26] Without support, however, these efforts could not last forever, and in 4E 171, an Aldmeri ambassador delivered to Titus Mede II the severed head of every Blades agent in Summerset and Valenwood, sparking the Great War.[27]

During the war, Cloud Ruler Temple was besieged and its centuries-old archives mostly destroyed.[26] There was only one survivor, a blade named Acilius Bolar, who fled to Skyrim where he fought a last stand against his Thalmor pursuers.[28] When the war was finally ended with the White-Gold Concordat, the Blades were formally disbanded and worship of Talos outlawed. The Thalmor were thus given free rein to hunt down Blades agents wherever they were found, and the order was almost entirely wiped out by 4E 200.[29] Their role as Imperial bodyguards and spies was taken over by the new-founded Penitus Oculatus, who were too constrained by Imperial policy and diplomacy to take the kind of offensive action against the Thalmor the Blades had taken before the Great War.[1]

When dragons began reappearing in Skyrim in 4E 201, a few surviving Blades took action, working with the Last Dragonborn to bring the order back from extinction. Under acting Grandmaster Delphine, Sky Haven Temple was reopened and new Blades were recruited to aid the Dragonborn.[5] Ancient dragonlore was discovered that proved to be the key in the defeat of Alduin the World-Eater, and the imminent threat was ended. However, some dragons still remained, and so the Blades continue the ancient Dragonguard's task.[29]

While a few elite warriors and diplomats served openly in royal courts, the majority of Blades agents were distributed across Tamriel to conduct their covert business.[2] The only people who knew all the activities of the organization were the Grandmaster, the supreme leader of the Blades, and the Chronicler, who was tasked with knowing, but never revealing, to ensure the Blades' knowledge would never be lost.[1] Each regional temple was led by a Master, and staffed with Archivists who maintained the lore of the order, with works in the archives stretching back to the days of the Dragonguard.[10][26] Field agents were supervised by Spymasters assigned to each province of the Empire, and lived incognito among the citizens to perform their work.[4] The Watchers were Blades agents specializing in undercover operations who gathered intelligence by observing,[30] wearing their own distinctive armor when called to combat and rumored to be present in all the major capitals of Tamriel.[UOL 1]

Throughout the group's long history, various grandmasters and blademasters have served as captains of the Dragonguard and Blades: