This page lists all unique unused creatures in Skyrim and its add-ons. None of these creatures are present in the game; only those in test cells can be encountered without spawning them via console codes. Their descriptions on this page treat them as they would be if they were implemented in the game. Some of the locations, quests, and buildings mentioned in their descriptions do not exist either, yet are treated on this page as if they do. For information on unused content in general, please see the related page. 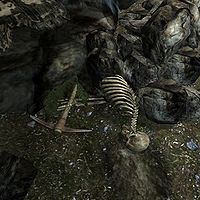 A unique skeleton that was to appear at a point of interest somewhere in the Rift. It carries up to 9 septims. 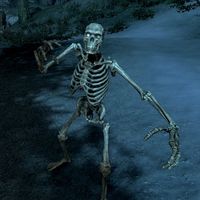 Bern spawned through the console 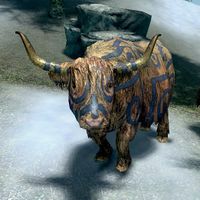 A painted cow that was to be accompanied by a cow hand in a cut Civil War quest. 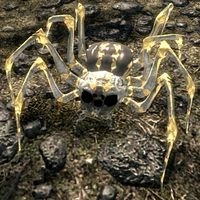 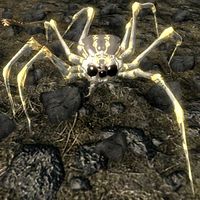 Glowing Spiders, added by Dragonborn, are companion creatures which glow and light up the surroundings. 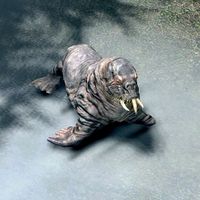 A baby horker that is only found in a test cell. Unlike fully-grown horkers, this one is completely unaggressive. May have been intended for Horker Island in north-eastern Solstheim. 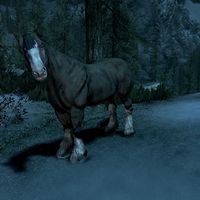 Three horses which were each assigned to one of the three Khajiit Trading Caravans. Caravan A is Ri'saad's, caravan B is Ma'dran's, and caravan C is Ahkari's. 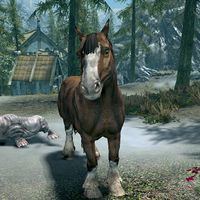 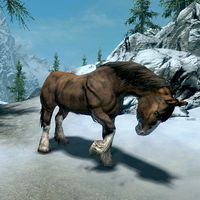 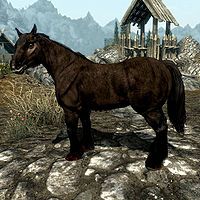 Karinda is Dagny's pet horse. Karinda is the same color as the Whiterun Stables horse the player can buy, but has no saddle. Much like Frost, it will stay in position if you mount another horse.

Karinda was intended to be killed by Dagny's brother Frothar during The Whispering Door, as a result of falling under the influence of Mephala. However, all portions of the quest involving Balgruuf the Greater's children turning violent were removed from the final release of the game.

Karinda is flagged as invulnerable, and will have infinite stamina and be impervious to damage if spawned.

Pack Spiders, added by Dragonborn, are companion creatures which carry gear for the player. The first one carries gold and occasionally a gem, a piece of jewelry, or a scroll. If spawned, they function as a container, having give/take options when activated. For the first one this is done with the activate button/key in its general vicinity. The second one has a "Talk Pack Spider" text showing up and will follow you around, like a regular follower. They use the visual appearance of the unused Glowing Spider, and therefore do not outwardly show any visible way of how they would carry items. 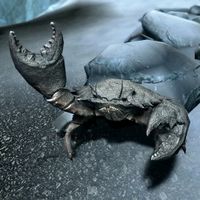 A unique ash-coated variant of a mudcrab, found only in a test cell. Presumably it was intended to appear in the ashlands along Solstheim's southern coastline instead of regular mudcrabs.