This article is about the skill. For the group of skills to which Sneak belongs, see Stealth.

The Sneak skill governs your ability to escape detection by others through reducing your visibility and noisiness. It is primarily useful for committing crimes without being witnessed, for evading confrontation with enemies, and for executing surprise attacks that inflict critical damage. "Sneak" and "Stealth" are sometimes used synonymously, which may cause confusion. As defined here, Stealth is a grouping of (more-or-less loosely) conceptually related skills, of which sneak is one. Perks in the Sneak skill tree increase your chances of escaping detection, increase the damage you inflict with sneak attacks, and allow you to avoid setting off traps using pressure plate triggers. They can also give you the ability to perform a forward roll while sneaking and even briefly disappear from sight in the middle of combat. The Sneak skill tree has a total of 9 perks, requiring a total of 13 perk points to fill.

In-game Description: Sneaking is the art of moving unseen and unheard. Highly skilled sneaks can even hide in plain sight. 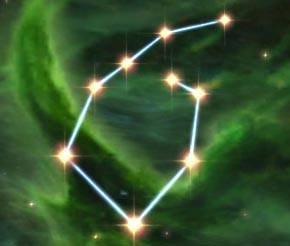 Toggling the sneak control causes your character to crouch or stand, indicating that you have entered or left sneak mode.

While sneaking, the crosshair becomes a special reticle indicating the following statuses:

"DETECTED" will flash under the reticle if an enemy has spotted you and is moving to attack you, while the word "HIDDEN" flashes once all enemies that had previously been alerted are no longer aware of your presence.

Remaining undetected is useful for getting into position to initiate a sneak attack or to commit a crime unwitnessed. You have a "detection value"; how this is used is very involved - there's an entire system of Stealth Points, like hit points but for stealth - but you can think of it as how easy you are to detect: higher is easier.

Replacing with the constants used in the unmodded game:

As you can see, the Sneak skill - and hence its Stealth perks - does not reduce your sound factor or visual factor; it reduces the Noticer's skill factor.

Your Sneak skill level determines your base chance of remaining undetected, though this chance is significantly modified by a number of other factors, potentially to the point of making you completely undetectable:

You perform a sneak attack when you physically strike someone who is unaware of your presence. The amount of damage you inflict via sneak attack is generally increased by a factor that depends on the weapon type and whether you have unlocked certain perks.

The very acts involved in preparing for and attacking can result enemies detecting you, and when this occurs the damage you deal will receive no sneak attack bonus. One of the reasons for this is that attacking with weapons (except daggers) itself creates noise. To minimize this, maximize all other factors that enhance your probability of remaining undetected: attack from behind, stay in the shadows, and ensure that the sneak reticle is flat (you are hidden), etc.

If a sneak attack does not kill an enemy, you will become more easily detectable, and your victim will usually start looking for you. However, if you are not immediately detected (if the sneak "eye" is not yet fully open), you can sometimes quickly land a second successful sneak attack. Enemies who witness the attack (by sight or by sound) are also likely to be alerted to your presence, even if the victim was killed. When using a bow to perform sneak attacks on multiple enemies, position yourself such that after killing one of them you can sneakily relocate behind nearby cover. If you are not detected or become detected but hidden again, you may be able to continue with another sneak attack.

NPC followers will automatically enter sneak mode whenever you do. However, you may be better off having any follower wait out of range of enemies' sight and hearing: You will be stealthier and in greater control operating solo as a stealth style fighter. Followers' chances of being detected are calculated separately from yours, based on their sneak skill and armor. Even followers who have relatively better sneak skill levels are generally more likely than you to be detected.

Further, if detected, followers are very likely to storm in and attack, reducing your tactical control over a situation.

If you are sneaking with a follower at night, ensure that they are not carrying any torches, as they will reliably equip and light them while sneaking, obviously a poor idea in general.

Dogs bark, making them very poor followers if you wish to be sneaky.

There are many quests which give you temporary followers who—unlike regular followers—make your status "visible" (open eye) if they can see you, which may ruin your sneak attack bonus against enemies. Also, activating them while sneaking will attempt a pickpocket rather than start a conversation. Finally, they may make nervous comments if you are sneaking near them, e.g. "I thought I heard something", as if they were hostile NPCs.

The following races have an initial skill bonus to Sneak: