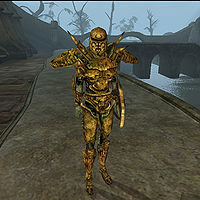 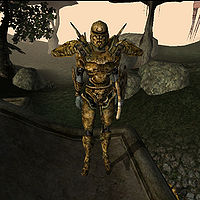 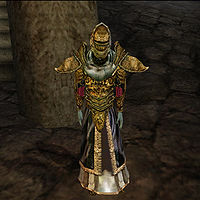 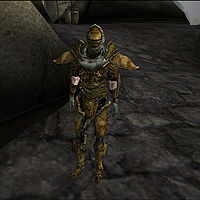 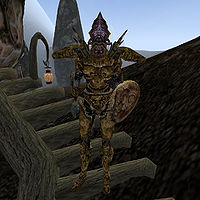 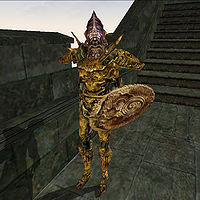 Guards under the employ of the Imperial Legion to uphold Imperial law.

The soldiers of the Empire, these men are clad in Imperial Armor, and stand guard in Imperial-controlled territories. These men are equipped with Imperial cuirasses (chain in Gnisis, steel everywhere else), helms, pauldrons, gauntlets, boots, greaves, bracers, shields, an Imperial belt, and their weapon of choice is the Imperial Broadsword. 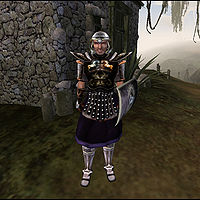 The personal bodyguards of Vedam Dren, the Duke of Vvardenfell, these men are found inside Ebonheart's castle. One can be found in the Grand Council Chambers with the Duke, while two are downstairs in the Imperial Commission guarding the Shrine. They are equipped with Duke's Guard Silver Cuirass, Imperial Steel Helmet, the standard Imperial greaves, pauldrons, boots, gauntlets, and shield, and they carry a Silver Flameslayer as their weapon. 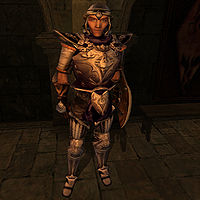 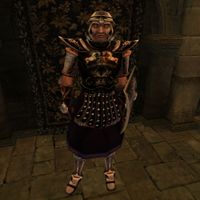