The Priests of Y'ffre in Valenwood wear outfits like this one, of leather, wool, bone, and antlers. 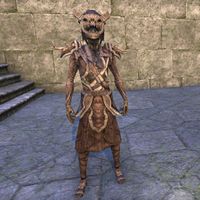 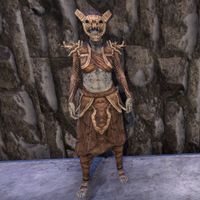 A Bosmeri spiritual leader costume. Part of the Tribal Shamans Pack, which was sold in the Crown Store for 00700700

Rule over the night with deadly elegance in this sleek ensemble of figure-hugging apparel. The long coat clings as close as your own shadow, and every layer flows as freely as arterial spray from your prey. Just take care not to get blood on your ascot. 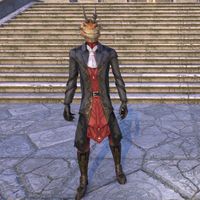 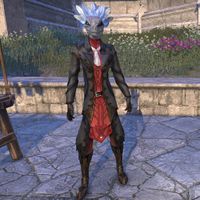 Malacath's Vengeance Day is coming up soon, and you'll want to look your best for it! says Borzighu of Orsinium. "Though as Orcs, of course, we think about revenge every day, Vengeance Day is still our favorite!" 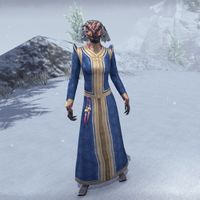 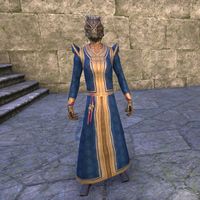 (Shoes are not dyeable)

You'll turn heads when you walk into the banquet hall in this ensemble of shining sateen, topped by a sharply tailored jacquard vest. "Who says casual can't be stylish?" says designer Sar'aq of Sentinel. "Not I!" 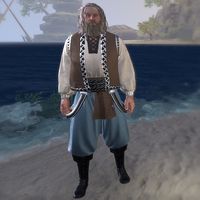 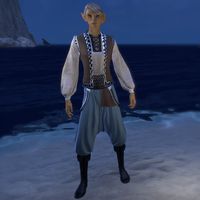 This costume was previously available in the Crown Store for 0000??

from (?) to November 6, 2017. It is also available as an Epic-level reward in Scalecaller Crates.

(Boots, belt, straps, and vest trim are not dyeable)