If you love chipping away at rock until you reveal raw gemstone, garb yourself appropriately. Crafted from sturdy materials, this costume features pockets, pouches, and gear that allow you to better find and remove natural riches. 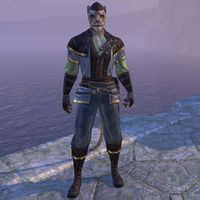 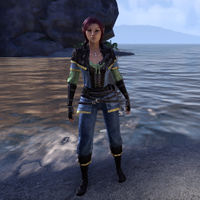 . It was packed in a bundle with the Gemcutter's Spectacles adornment.

(Golden detailing on clothing and metal pieces can not be dyed)

The witches of the Glenmoril Wyrd covens worship natural laws and nature, mostly in its darker aspects—though some also celebrate life and fertility, particularly in the spring of the year. These robes are specially woven for that spring festival. 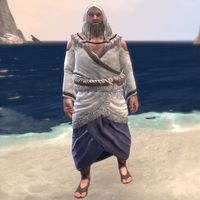 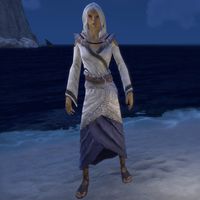 The Glenmoril Witch Robes are available as an Epic-level reward in Hollowjack Crown Crates. They were available in the Crown Store for 012001,200

during this same period.

(White fur pieces and neck strap are not dyeable)

The wearer of this guise looks exactly like one of Sheogorath's dreaded Golden Saints. 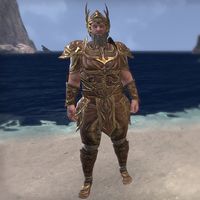 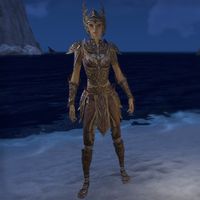 Stitchmaster Moneriel says, "We all have days when we have to climb the graht-oak to clean the house-pod gutters. Does that mean you have to dress like a frump? Of course not! Look trim and stylish in my latest halter-and-skirt outfit from Elden Root!" 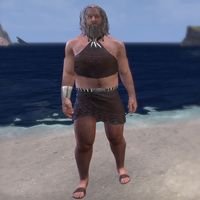 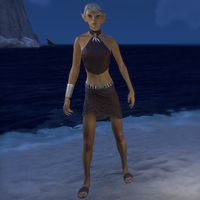 Previously available in the Crown Store for 00500500

(Belt, neck clasp, and front of bracelet are not dyeable)

"Decaying corpses? Rusty traps? You're bound to find worse in the tombs around here. Best make sure you have gear that can keep your shovel and other tools safe while you beat a hasty retreat from draugr, ghosts, and other nasty threats."—Paurges Aline 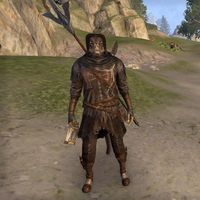 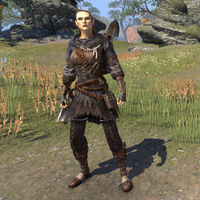 "Just because you're reclaiming the wastelands from the barbaric Ashlanders doesn't mean you have to dress like a savage," says designer Voldsea Arvel. "You're a proud House Dunmer, so why not look like one?" 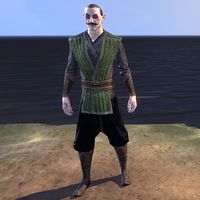 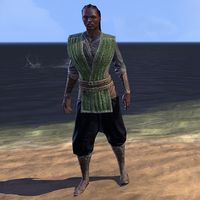 . Now available as a Superior-level reward in Frost Atronach Crates.

(Belt buckles are not dyeable)

Those doing darker deeds, such as practicing the art of Necromancy, might wish to have their attire reflect their interests. Dealing with the control and animation of the spirits and bodies of the deceased can take its toll on an average garment.

Acquired as the second reward as part of the Dragon Rise event when the Northern Elsweyr Pathfinder threshold reached 66%. The mask is different for Argonians and Khajiit.