Black and gray armor of leather and boiled leather that won't interfere with mobility, as seen on agents of the Morag Tong. 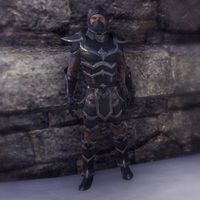 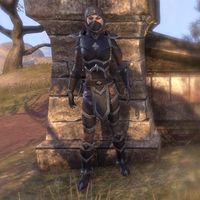 A bandit-style costume. Part of Stealthy Rogues Pack which was sold in the Crown Store for 00700700

(Upper sleeves, and leg underarmor are not dyeable)

Naryu Virian the Morag Tong assassin is nothing if not practical, and her functional, low-profile leather armor provides vital protection without compromising her agile acrobatics. 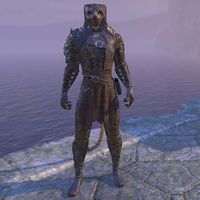 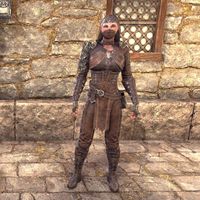 A costume styled after Naryu Virian's Morag Tong gear. Available in the Crown Store in a bundle of the same name, which is 014001400

and also includes the Morag Tong Spatter Lenses. It was available from July 6 to July 10, 2017.

This costume replicates the armor of the warriors who followed the ancient Nedic king Durac. 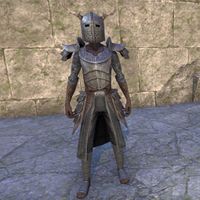 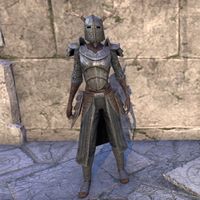 This costume replicates the simple but sturdy armor worn by the warriors of the ancient Keptu tribe of Nedes. 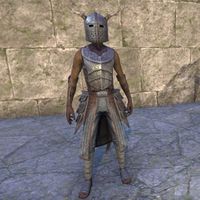 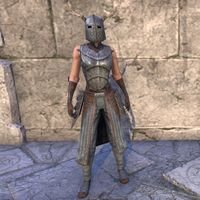 This costume replicates the full-helmed armor worn by the warriors of the ancient Perena tribe of Nedes. 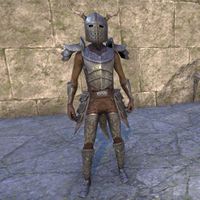 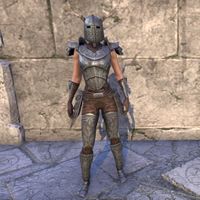 Dragons have ascended! And now you can show off your affiliation with them. After all, they are the most powerful creatures in Tamriel and deserve the reverence you give freely. 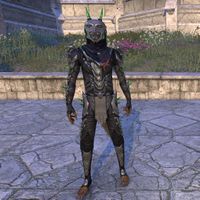 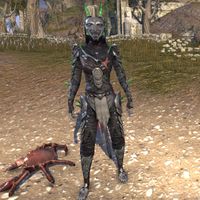 "Two dark moons mean bad luck," says designer Samsu the Sleek, "but a whole series of new moons says the opposite: that one has survived adversity, and even prospered! That's the message of this handsome new robe, in breathable cotton and linen." 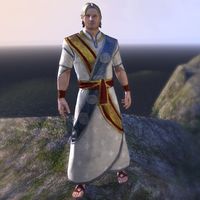 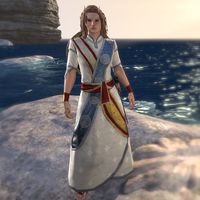 (Trim and circles on outer sash, gold on inner sash, necklace, and bracers, trim on robe are not dyeable)

The robe was designed by Diocletia of Skingrad as both active wear and an elegant evening gown. 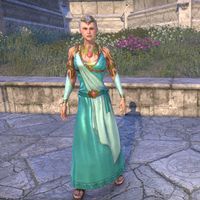 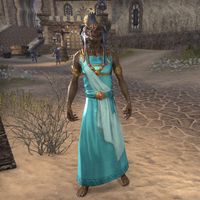 Sold in the Crown Store exclusively to ESO Plus members for 010801,080

(Jewelry and jewels cannot be dyed)

"Whisper the words in your heart and call for an unworthy person's death. Or, if you possess the right skills, fulfill upon the sacrament on behalf of the Night Mother. I am the latter—as my robes proclaim. Care to know more?"—Night Mother Evangelist 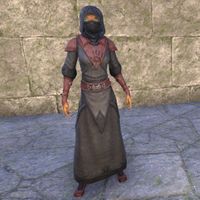 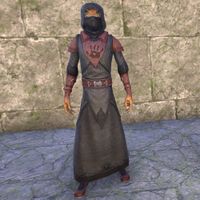 The clans of Anequina in Northern Elsweyr are largely nomadic, but they nonetheless have hereditary aristocracies that express their wealth and power through the splendor of their clothing. 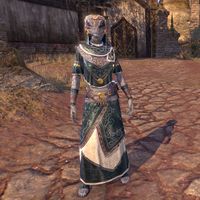 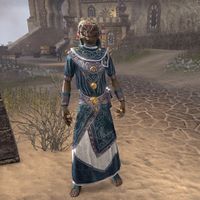 Available for pre-ordering the Elsweyr Chapter.

(Jewels and jewelry cannot be dyed)

This elegant satin dress is the last word in aristocratic sophistication. Suitable for all occasions where refined splendor is required. 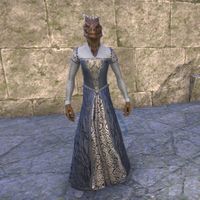 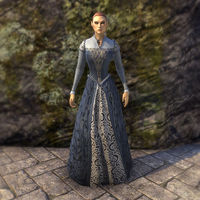 (White line across chest is not dyeable)

Show some class with this opulent yet restrained aristocrat's ensemble for the high-toned and the haughty. 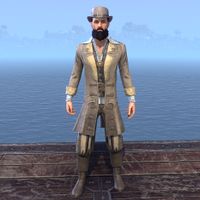 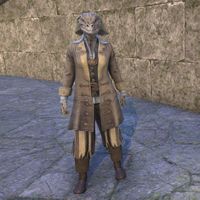 (Neck trim, collar, and sleeves cuffs are not dyeable)

This costume pays tribute to a legendary Nord hero of the Ebonheart Pact. Now you can honor this nameless warrior by adopting his savage appearance. 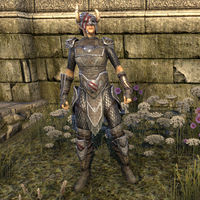 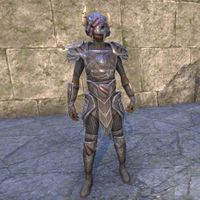 to ESO Plus Members. It is also available as a Legendary-level reward in Dwarven Crown Crates.

This bathing costume keeps you modest in all climates, whether the Abecean Sea or a hot spring in Skyrim. 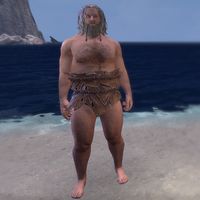 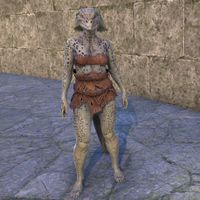 "Nordic Knot designs symbolize the heritage of the people of Skyrim," says designer Jork of Windhelm. "This upscale ensemble pays tribute to that tradition, and looks good even on those not lucky enough to be Nords." 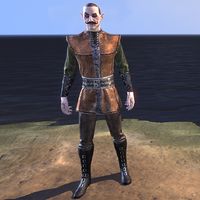 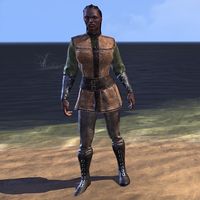 (Bracers, boots, belt, and shirt trim are not dyeable)