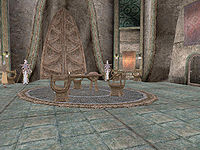 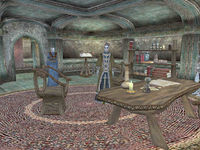 Temple Office of the Lord Archcanon 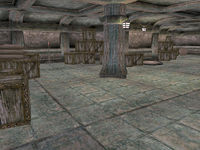 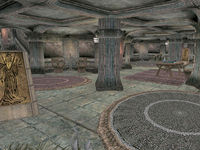 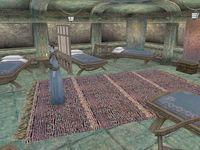 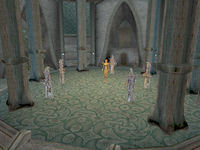 Mournhold Temple is the home to Almalexia. It is situated in the center of a large and decorative courtyard, which lies at the northern end of Mournhold.

The temple's only entrance leads to a reception area, with Fedris Hler acting as receptionist. Doors lead west to the Office of the Lord Archcanon and east to the infirmary. There is a third door that leads to Almalexia's High Chapel, but access is by invitation only. Attempting to enter without invitation will give you the message.

The Archcanon's office and the infirmary both lead to the chapel, and also to a room in the north called the Hall of Ministry. The ministry has passages down into the temple basement. 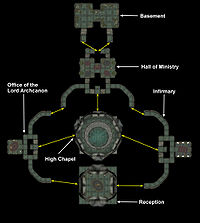