Dremora are humanoid Daedra aligned with the Daedric Prince Mehrunes Dagon. They are often very intelligent and are generally hostile. In lore, it is said they can be found in clans of large numbers in the wastes of Oblivion. Dremora are grouped into several different castes: Churl, Caitiff, Kynval, Kynreeve, Kynmarcher, Markynaz, and Valkynaz. Dremora are a rare sight in Skyrim, only appearing as summoned creatures and in a few set locations, such as the Shrine of Mehrunes Dagon, Shalidor's Maze, Azura's Star Interior, and the DeadlandsCC. 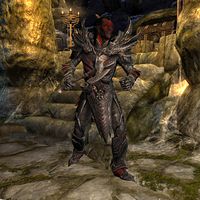 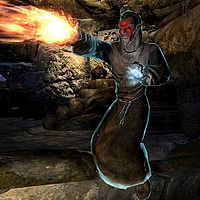