Some time after completing Morgiah's quest, a zombie will attack you. Kill the zombie and the following message appears:

Stiched into the zombie's decaying flesh you see the following message:

(Player's name),
It would be an honor to have you visit
me in my demense at your convenience.
I have a small matter that you are
ideally suited for. As always, my
servants will test your mettle. Feel
free to dispense with them. They can
always be raised again.

The King of Worms,

Go to Scourg Barrow once again and speak with the King of Worms, who will say:

"(Player's first name), I am so glad you answered my letter. I hope my messenger was gentle. You have been a loyal servant in the past. Not as loyal as my living dead, but far more versatile. My need involves the lowest depths of Castle Sentinel, and the reward is knowledge that only the dead can provide. Are you willing?"

Accept the quest, and he will continue:

"How amusing. I am looking for the answer to a question. It doesn't exist among the living, but may exist among the dead. I want you to bring me back the ghost of Prince Karolis, the great grandfather of the late King Camaron of Sentinel. Karolis was a sorcerer of no mean skill. He is now a lich deep in the bowels of the Castle. I am giving you a special Scarab. If it is close to him when you destroy his physical body, his soul will be trapped in the Scarab. Bring it back to me, and I will tell you a tale few mortals have heard."

The palace dungeons contain various humanoid enemies such as archers and spellswords, as well as Orcs and wraiths. If you follow the walkthrough below, however, you will encounter very few enemies.

Starting from the throne room, take the first door to the south. The door may be locked, so you should come prepared. Using force to open it is not a good idea, since there are several knights in the throne room who will attack you if you attempt to break open the door. Once the door is open, walk south until you come to an elevator and use it to go up. 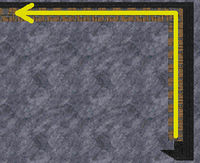 Once you reach the upper level, follow the hallway.

Follow the hallway until the walls change color and dungeon music begins to play.

Follow the stairs down until you come to a door. Continue east past this door (not through it), and continue past an intersection, then turn north and head west at a second intersection. Follow the hallway north until it curves around to the east. 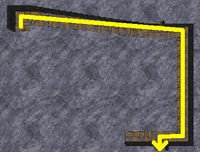 Walk down the hall through an open doorway and go south.

From the top of the elevator, go west and enter a room with numerous blue force fields blocking the doorways. Your target is behind one of these doors, but first you must disable the force fields. Go through the southwest door and ride the elevator to the bottom.

There is a lever at the bottom next to the elevator, but don't pull it or a door further along will be blocked. At the east end of the hallway is a wraith trapped behind a blue force field; dispose of it while it is trapped. Ride the south elevator up to the second opening. 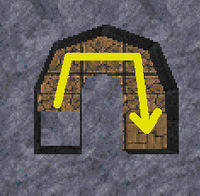 Go around the corner, killing the spider, to find another elevator. Ride this elevator up.

From the top of the elevator, go east.

Follow the hallway north and you will reach a lever. Pull it and return to the elevator. 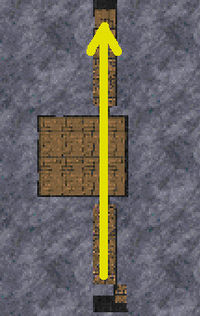 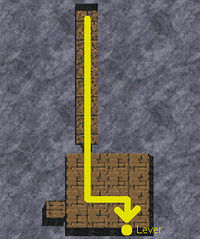 Go south and enter the room with a pair of torture instruments and a ghost in the small chamber to the southwest. Pull the lever in this room and take the elevator back up. 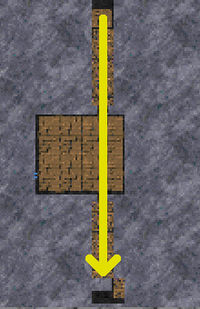 Head south to the elevator and ride it down. 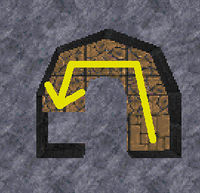 Go around the corner, where the spider was killed, and ride the other elevator down.

The force field which previously trapped the wraith will now be gone, giving you access to another lever. Pull this lever to dispel the force field blocking access to the lich. Ride either of the elevators in this room and return to the room with the force fields. 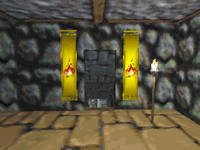 The doorway to the lich is now accessible. 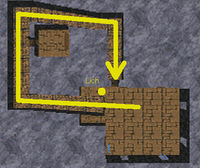 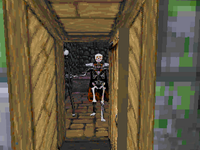 Prince Karolis, the lich of Sentinel

Follow the hallway down to the second room at the end of the hallway. Destroy the lich to trap Prince Karolis' soul in the scarab the King of Worms gave you.

From the force field room, backtrack to the entrance of the castle dungeons; the castle guards will not attack you on sight.

After bringing the scarab with the prince's soul to the King of Worms, he will say:

"Well done (player's first name). I am sure the prince will be most cooperative. Please accept this (magical item) as a token of my appreciation. In addition, I have decided that it is time for someone outside of Tiber Septim's line to know the truth about the Underking. As you know, Tiber Septim was the first emperor of Tamriel. Toward the end of his wars of conquest, he betrayed his Battlemage, Zurin Arctus. When Zurin died, his soul refused to leave his body. Something to do with the mysterious Numidium. Since that time Zurin Arctus has lived on as the Underking.

The Underking and his agents have been a thorn in my side for centuries. Just remember, should the Underking regain his mortal body, he would surely throw all of Tamriel into conflict."

If you complete the quest successfully, you will gain reputation according to the table below.