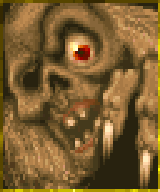 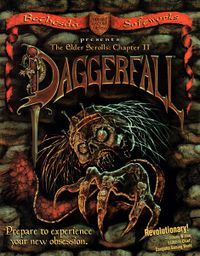 The Underking on the cover of the game box

The Underking is a centuries-old undead creature of legend, one known well by the people of Tamriel. He is a mythical boogeyman, the frightening monster of children's stories. However, the populace still widely believes in his existence.

The tale of the Underking begins around the dawn of the Third Era. There lived a human mage, the most powerful spellcaster in history. While undertaking some noble cause, this mage "gave up his heart". As a result he was transformed into the Underking, an undead creature resembling a lich, only much more powerful. Somehow, the mage's heart disappeared, and without it the Underking cannot truly live - or die. No one knows where he may be found, only that he and his agents (living and undead) are out there, searching for his lost heart.

The stories are true. Not only does the Underking exist, he is one of the political factions in the region. Neither he nor his agents have any known allies, but they have been at odds with the King of Worms for centuries. If you are searching for the Underking, you will not find him. When he does wish to speak, his agents will find you. 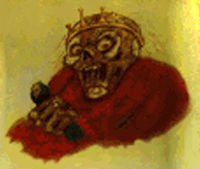 The Underking, holding the Totem of Tiber Septim

The Underking was once Zurin Arctus, Imperial Battlemage of Tiber Septim. Toward the end of the Septim's conquest of Tamriel, he came into possession of Numidium, a colossal brass golem of Dwarven construction. In order to harness Numidium's might for the Empire, Arctus created the Totem of Tiber Septim, which allowed its wielder to control the automaton. Arctus also placed his "heart" (a metaphor for some sort of life force) into a huge gem known as the Mantella, which was used to power Numidium.

With Numidium under his control, Tiber Septim conquered all of Tamriel. However, the emperor soon began to use Numidium against neutral nobles, replacing them with Imperial loyalists. This enraged Zurin Arctus, who responded by attacking Numidium. Both the Battlemage and Numidium were destroyed in the battle, and the Totem was lost. The sundered remains of Numidium were scattered around Tamriel, while the Mantella was blown out of this reality and into Aetherius. Arctus entered a death-like state, but the loss of the Mantella prevented his true passing. He awoke as the Underking, and has been searching for his lost heart ever since.