Balmora is a city found in the Bitter Coast region of Vvardenfell. Despite its Hlaalu architecture, the city is actually a stronghold of House Redoran. This is due to an agreement reached between houses Redoran and Hlaalu. 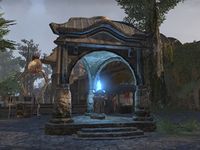 Balmora Wayshrine is located southeast of the city, amidst the guild kiosks and Mages Guild tent. 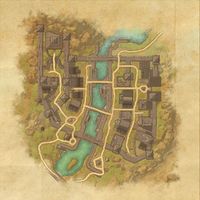 A map of Balmora
Retrieved from "https://en.uesp.net/w/index.php?title=Online:Balmora&oldid=2400380"