The ingredient Ogre's Teeth is primarily collected from dead Ogres.

4 guaranteed samples can be found in the following places (magenta crosses on map):

Ogre's Teeth can be collected from all varieties of dead ogres, including standard Ogres, Savage Ogres, Pale Pass Ogres, and Redguard Valley Ogres.

Places where respawning ogres are guaranteed to appear at all levels are (red circles/squares):

Places with nonrespawning ogres at all levels are (magenta circles/squares): 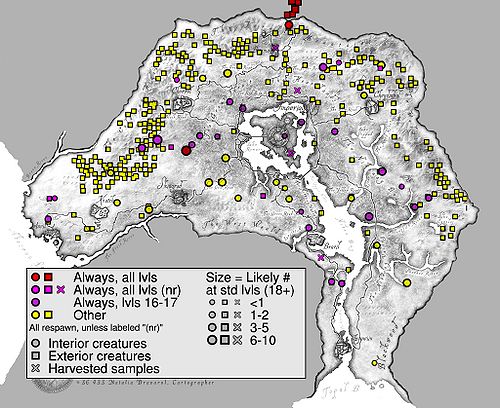 Locations of Ogres and Ogre's Teeth
Retrieved from "https://en.uesp.net/w/index.php?title=Oblivion:Ogre%27s_Teeth&oldid=1859278"