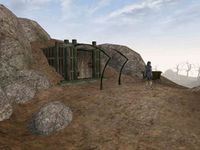 Gnisis Eggmine is a three-level kwama egg mine situated in the town of Gnisis.

This egg mine has more than its usual share of interest (considering that egg mines usually are of no interest at all). Unfortunately, the economy and food supply of the town depend on the mine, and its kwama queen has caught the Blight. Relations between the polyglot Imperial, Orcish and Dunmer staff are strained following the recent murder of a miner. The delvings of the kwama miners have uncovered an entrance into the lost Dwemer ruin of Bethamez. 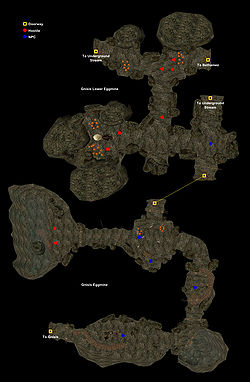 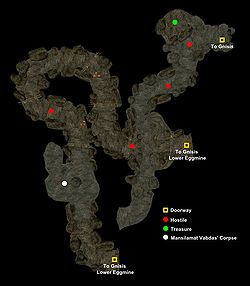