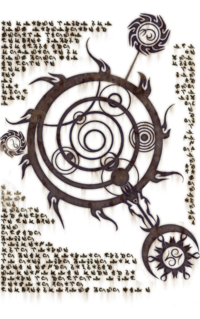 A glance at knowledge

I have been a fan of the Elder Scrolls series since the release of Morrowind, and the following games have not disappointed. I'm very particular about the quality of games that I play, and thanks to the elder scrolls, do not enjoy most games as they do not have the same level of quality that the Elder Scrolls series has. I love all the background lore that have been intergrated into the games, building on the lore with each new release. Whenever I need any extensive knowledge on any detail on the games, UESP wiki Is the first and only wiki I go to.

In the elder scrolls games, I am always a fan of the imersion in the games. In Skyrim, the dynamic weather, such as the blizzards and rain makes for a very unique and imersive experience. also, there are two aspects I am always fascinated about the most; being able to destroy any enemy from the shadows, remaining completely undetected, and being able use arcane magicks to unleash outstanding effects on the world. The reason these aspects appeal to me becaue they are hugely improbable, in many cases impossible, to be able to accomplish in real life. Skyrim especially appealed to me in this way with the introduction of dragonborn and dragon shouts, which allows you in-game be able to more powerful and accomplish more than any NPC in the game. Overall, I prefer to be able to deal huge effects in one go,as opposed to lots of rapid deals in succession.