This extensive cave system is said to include tunnels that lead to subterranean fortifications, but since the tunnel collapse of 2E 512 no miner has been able re-enter that section. 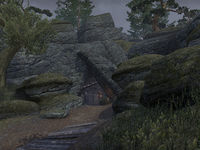 Underpall Cave is a cave in northern Cyrodiil, northwest of Fort Aleswell containing vampires. Outside the cave lies an encampment where the Bloodborn vampires reside. There are cages for captives, and Breton-style tents for the vampires to rest comfortably. 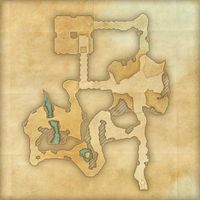 A map of Underpall Cave

This Elder Scrolls Online-related article is a stub. You can help by expanding it.
Retrieved from "https://en.uesp.net/w/index.php?title=Online:Underpall_Cave&oldid=2178365"
Last edited on 1 July 2020, at 21:25