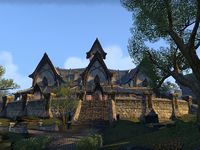 The Thalmor are the political and diplomatic representatives of both the Summerset Isles and the Aldmeri Dominion. They are responsible for almost every aspect of the Dominion on the mainland, and have the authority to do whatever is necessary to win the war.

Though they bear the Thalmor name, the Fists of Thalmor are not affiliated with the group, despite widespread misconceptions. The Fists are the military arm of the Dominion government, though not the Dominion army. The misconception has caused problems for Thalmor who visit a location after the Fists have been there. The Thalmor have proposed that the Fists retake their previous name, Justiciars, to ease these problems.