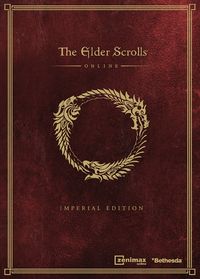 The Imperial Edition was the collector's edition of The Elder Scrolls: Online. It was included with additional exclusive content.

The physical version, only available by pre-ordering in retail, came with:

Both the physical and digital Imperial Editions unlocked the following exclusive digital content:

Originally available through the PC/Mac Store and Steam, the Digital Imperial Edition Upgrade can now only be purchased through the Crown Store. Crown Store upgrades act on a per-server basis; if you want to upgrade your Standard Edition on both servers, you will need to buy the upgrade twice. Additional Pledges of Mara can be bought separately in the Crown Store.