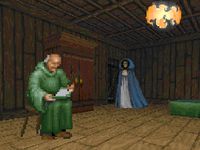 Your bloodline has helpful allies in most towns 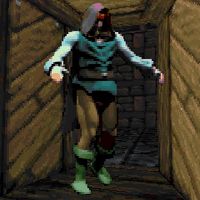 The vampire ancient will stop at nothing to kill you

Once again, your vampire tribe calls upon you for help. You receive a cryptic notification:

You have received a letter.

Check your inventory for this letter, which reads:

Dear (player's name),
(Bloodline) have a potential
problem I fear. Come to me in
(town) soonest.
In death,

Head to the sender's town and building, and enter it. Find and speak to the vampire within and be told:

"You are beautifully obedient, (player's first name). A rival vampire has moved into my territory. You are going to kill it. You should be careful, (player's first name). A vampiric ancient, even one from a tribe inferior to (bloodline), is no feeble adversary. Do not go into battle without preparation. This one is called (vampire ancient's name), and (his/her) new sanctuary is called (dungeon). He is known to be overly proud of his Boots made from the skin of his victims. Bring them back with you. I will expect you back here in (time limit) nights. Do not get yourself killed, (player's first name)."

Travel to and enter the dungeon the vampire ancient is currently using as a lair. Find him, destroy him, and loot the corpse for his boots. This is not as easy as it sounds; the vampire ancient has a powerful array of spells at his disposal, so be prepared for a tough fight. When the ancient is vanquished, he does not go quietly, shouting:

"I have returned from the dead once. I shall do so again. And when I do I will hunt you and (vampire's name) down like the pale worms you are!"

On his body, you will find the pair of boots crafted from the skin of his victims. Take them and return to your vampire contact for your reward.

When you return with the boots, your vampire contact will be pleased and say:

"Welcome back, (player's first name), my child. Curious thing: I was actually quite concerned about your well-being. What an absurdity -- sentimentality in a vampire of (bloodline)! I bring you the congratulations of (bloodline) elders who bade me to give you this (magical item). Do not think of it as anything so vulgar as pay. It is simply a gift from your family."

The Vampire Bloodline will always be the dominant bloodline of the region were the quest takes places.

If you ask an NPC about the vampire contact, you may hear: