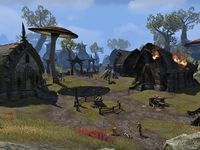 Muth Gnaar is a monastery in western Deshaan, just southeast of the town of Narsis. The local monks have been caring for those infected with the Llodos plague, using a relic of Saint Veloth to halt the progression of the disease. However, the monastery has recently been attacked by the Vereansu, a violent tribe of Ashlanders who burned much of it to the ground and stole the relic. This caused the infected to turn into the violent plague husks that are now roaming the center of the town, trapping many people in the ruined buildings. A copy of End of the Journey sits on a crate near the survivors. 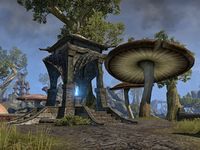 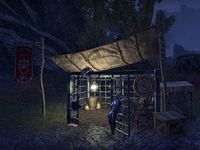 Muth Gnaar Hills Wayshrine is located north-northwest of the monastery, on the road from Narsis to Mournhold. The Trade Pen guild kiosk, run by Feran Relenim, can be found southwest of the Wayshrine.