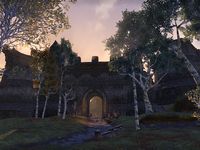 The delve's boss, Rozelun, can be found in the southernmost chamber. There is a chest in the large, L-shaped eastern chamber. The chest is located in the long part of the "L", sitting against the northern wall near some barrels. 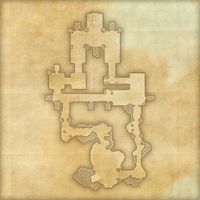 A map of Faldar's Tooth