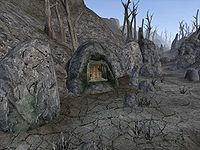 It is a major base for the Sixth House, and the place is absolutely crawling with randomly leveled ash creatures led by Dagoth Fovon, a unique ash ghoul who is important enough to have a Sixth House amulet. The Tribunal Temple in Ald'ruhn wants him destroyed and the cave cleansed. 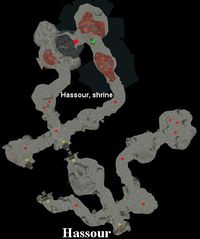