Sai is the God of Luck. Those familiar with him call him by his nickname, Lucky. He was born a mortal and had the talent to spread luck to others, but not to himself. He became a soldier, but he was killed in his first battle just as it was won. Ebonarm appeared to him, and offered him immortality if he agreed to spread his luck around. He said the gods were overworked seeing to events, and thought that Sai's inborn talent would balance things out. He readily agreed, and he was told that he could keep his body for a time before it began to fade.

Satakal the Worldskin, is the Yokudan god of everything, and a fusion of the concepts of Anu and Padomay (Satak and Akel), or the habitable universe resulting of their interaction, also called the Aurbis or "The Gray Maybe". Driven by hunger to eat one world to begin another, Satakal also has much in common with the Nordic Alduin. In Yokudan mythology, Satakal has done (and still does) this many times over, a cycle which prompted the birth of spirits that could survive the transition, notably Ruptga, the first who learned how to do so. These spirits ultimately became the Yokudan pantheon.

Satakal is a popular god of the Alik'r nomads. Redguard creation myth holds that they are doomed to mortality because they are very far away from the real world of Satakal, and the safe haven of the Far Shores is too far away for them to jump from the mortal world.

The lesser of Nirn's two moons, Secunda, Jone, Shandar's Sorrow (also spelled Stendarr's Sorrow) is acknowledged as one of the attendant spirits of the mortal plane, and, as such, is both temporal and subject to the bounds of mortality. Secunda, which exists as a separate plane, has long since perished; it was Secunda's death which led mortals to perceive it as having both texture and limited size, as well as imperfections of color, all of which are the results of its decay from its former investiture of pure white.

On the 8th of Sun's Dusk, the Moon Festival is held by the inhabitants of the Iliac Bay to honor Secunda as the nights start to get longer.

While regarded by various cultures as an attendant spirit of their god planet, minor god, or foreign god, Secunda is not displayed within Dwemer orreries, neither does it hold a position within the pantheon of Imperial gods. In Khajiiti culture, walking the Path of Jone and Jode is a necessary step for a Lunar Champion seeking to become the Mane. The Bosmer regard Jone and Jode as spirits of fortune, both good and bad.

When Hircine's Great Hunt is hosted on Nirn, Secunda turns a deep shade of red and becomes the Bloodmoon. The hunt is believed to end when the Bloodmoon disappears. The Bloodmoon is said to symbolize the blood of the Hunter's Prey, and those wishing to join the Great Hunt craft rounded bone pendants that are stained with blood to symbolize it.

Yokudan version of Lorkhan. Tall Papa wanted help regulating the spirit trade,[1] so he created Sep, also called the "Second Serpent", from the detritus of past skins. Sep could not think straight due to intense hunger, and Tall Papa sometimes had to reach down his throat and save spirits Sep had erroneously eaten. Sep eventually got tired of helping Tall Papa.[2] Eventually driven crazy by the hunger of Satakal, Sep convinced some of the gods to help him make an easier alternative to the Walkabout,[1] the process of sliding between worldskins to escape the hunger of Satakal which was pioneered by Tall Papa. Tall Papa, of course, knew better, and just shook his head as they formed a ball from past skins to live on.[2] Sep's skin-ball became the mortal world, and the spirits who followed Sep became trapped there to live out their lives as mortals,[1] and they had to resort to procreation to have any form of survival.[2] Sep was punished by Tall Papa for his transgressions, but his hunger lives on as a void in the stars, a 'non-space' that tries to upset mortal entry into the Far Shores.[1] Tall Papa is said to have squashed the Second Serpent with a big stick. While the rest of the new world was allowed to strive back to godhood, Sep could only slink around in a dead skin, or swim about in the sky, a hungry void that jealously tried to eat the stars.[2]

Sethiete (also called Seth)[3] was a deity that was widely worshipped across Tamriel during the Imperial Simulacrum in the late-Third Era. The nature of Sethiete is unknown, but what is known is his influence back when he was prominent. His place of worship was known as the Temple of Sethiete, and one of his temples is a landmark in the city of Camlorn. It anchors the main street with the Royal Palace.[4] Seth's followers held vast control over the city, Gideon during the Simulacrum.[3] There is the exclamation, "By Sethiete", which is used in the Kingdom of Camlorn.[5] Sometime prior to the Imperial Simulacrum, Jagar Tharn was a follower of Sethiete and a member of the temple in Camlorn, sometime four years before he impersonated Emperor Uriel Septim VII and started the decade of conflict.[6] 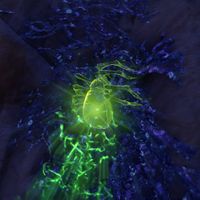 An obscure goddess, whose High Priestess once threatened all of Valenwood with an army of spiders.[7] She is associated with the Green and the birth of the world, and spiders are her blessed creatures.[8] Vanus Galerion believed that she was responsible for showing the changeling Selene how to take form. Whether Shagrath was lost to time or still exists in some form remains a mystery, though Galerion speculated that one being from the birth of the world who possesses an affinity for spiders, seemingly Mephala, was the same deity as Shagrath.[9]

Sheggorath, known as the Skooma Cat[10] and the Mind God, is a Khajiiti deity whose sphere is the Mortal Mind and its stability.[11] Sheggorath tests the Khajiit by making them doubt the truth of their own thoughts, beliefs, and actions. He must be faced and overcome before one can visit Hermorah's library. There is a belief among some Khajiit tribes that Sheggorath is dead, and that he has been replaced by "something Other".[11]

Sheogorath is the Daedric Prince of Madness, Fourth Corner of the House of Troubles, the Skooma Cat, Lord of the Never-There, Raver, Comforter of Men, and Sovereign of the Shivering Isles.[nb 1] His motives are said to be unknowable. He is sometimes referred to as the Mad Star, the Mad Lord, the Mad One, the Mad God, and Uncle Sheo among other things. His realm, best known as the Shivering Isles, has also been called the Madhouse. It's believed that those who go there lose their sanity forever.[nb 2] Of course, only the Mad God himself may decide who has the privilege to enter. The Golden Saints, or Aureals, and Dark Seducers, or Mazken, are his servants. The Mad God typically manifests on Nirn as a seemingly harmless, well-dressed man often carrying a cane, a guise so prevalent it has actually been coined "Gentleman With a Cane". "Fearful obeisance" of Sheogorath is widespread in Tamriel, and he plays an important part in Dunmeri religious practice.

In Bretony, the Bad Man is the source of all strife. He seems to have started as the god of crop failure, but most modern theologians agree that he is a demonized version of the Nordic Shor, born during the dark years after the fall of Saarthal.[1] Some sculptures created by the Breton's Nedic ancestors have been found in Glenumbra, which paint what appears to be their version of Sheor before he was villainized, and pair him with Mara.[12]

Shezarr is a Cyrodilic version of Lorkhan whose importance suffered when Akatosh came to the fore of Nibenay religion. Shezarr was the spirit behind all human undertaking, especially against Aldmeri aggression. He is sometimes associated with the founding of the first Cyrodilic battlemages. In the present age of racial tolerance, Shezarr is all but forgotten. He is admittedly a thinly-disguised version of Shor, and even in the Colovian West of Cyrodiil, they recognize Shezarr by the name of Shor. One of the thousands of cults in the Imperial City is dedicated to worship of him.

Shor, God of the UnderworldEdit

Shor is the Nordic version of Lorkhan. He sided with men after the creation of the world. Foreign gods (i.e., elven ones) conspired against him to bring about his defeat, dooming him to the "underworld". Atmoran myths depict him as a bloodthirsty warrior king who repeatedly led the Nords to victory over their Aldmeri oppressors. Before his doom, Shor, sometimes also called the Children's God, was chief of the gods. Dead gods such as Shor and Tsun don’t need temples, for they have the biggest one of all; a vast hall of drinking and revelry known as the Hall of Valor (Shor’s Hall). It is believed Shor can be found at Sovngarde, an Aetherial utopia he built which is open in the afterlife to all Nords who prove their mettle or die valiantly in battle. Though dead, ancient Nordic legends speak of Shor's ghost being "sung" back into the world at momentous occasions in Nordic history.

Sithis, also known as Padomay, Akel, Is-Not, or El, is a representation of the one primordial state of chaos. Sithis is most often associated with the Dark Brotherhood, an assassin organization dedicated to his worship. He is often associated with serpent-like imagery, and small aspects of Sithis have even been known to reveal themselves in the form of ghostly serpents.

Despite being revered as a god, Sithis is not seen as either Aedric or Daedric, but the embodiment and personification of chaos, change, and the Void, a realm beyond Oblivion and Aetherius where the vestiges of slain Daedra are banished to while they reform. To kill or to be killed in the name of Sithis will send a mortal's soul to the Void upon death as well.

Sotha Sil, or Seht, wizard-mystic god of the Dunmer and "si" in the Almsivi, was the most enigmatic member of the divine Tribunal. He was known as the Mainspring Ever-Wound, the Father of Mysteries, Magus, Magician, Sorcerer, Tinkerer, Clockwork God, the Light of Knowledge, the Inspiration of Craft and Sorcery, and the architect of time and a binder of Oblivion.

Stendarr, also known as Stendarr the Steadfast, is the God of Mercy, Charity, Well-Earned Luck, and Justice. He is also acclaimed as the God of Compassion, and Righteous Rule by Might and Merciful Forbearance. Stendarr is the Apologist of Men, patron of the Imperial Legion, magistrates, rulers, and knights errant, and one of the Divines.

Nordic precursor to Stendarr, brother of Tsun. Shield-thane of Shor, Stuhn was a warrior god that fought against the Aldmeri pantheon. He showed Men how to take, and the benefits of taking, prisoners of war.[1]

Syrabane, the Warlock's God, is an Aldmeri god-ancestor of magic, notable for aiding Bendu Olo in the Fall of the Sload. Through judicious use of his magical ring, Syrabane saved many from the scourge of the Thrassian Plague. It is said that the ring remains under the command of "Archmage" Syrabane. He is also called the Apprentices' God, for he was a favorite of the younger members of the Mages Guild. A grand statue of him is said to stand on a coastal cliff of Artaeum, which he allegedly posed for in-person. He eventually became revered as a god as Altmeri society developed. A Snow Elf temple was dedicated to his worship.