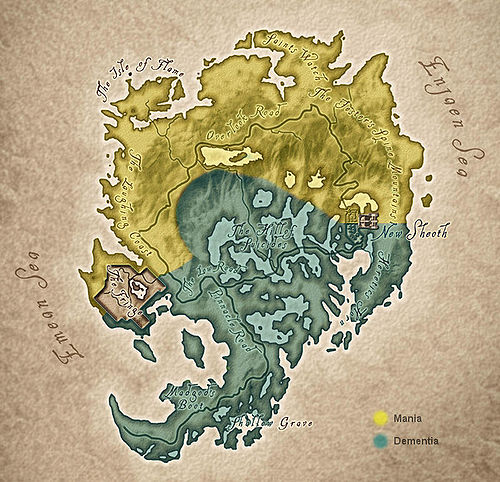 Map showing the regions of the Shivering Isles

There are two main regions in the Shivering Isles, not including various others that appear to be purely titular.

There are also nine other titular "sub-regions": four in Dementia, four in Mania, and The Fringe. They are:

A large, walled area on the coast of the Emean Sea in the western part of the Isles.