The following table lists the locations of the breaches, and the quotes from the Augur of the Obscure when you get near. 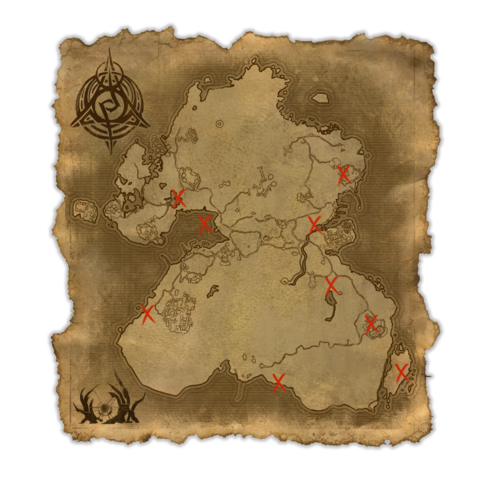 Return to Ceporah Tower in Artaeum when you have closed all breaches and talk to Loremaster Celarus.

"Welcome back, initiate. Have you done as I asked? Are the time breaches on Summerset Isle truly sealed?"
Yes, I sealed all the breaches on Summerset.
"Well done. Well done, indeed.
You already seem well-versed in the cardinal virtues of our order: altruism, foresight, precision in both thought and action. You will be a true asset to the Order. Of that I am certain."
Thank you, Loremaster. What's next?
"Speak with Josajeh. She will want to know that the Augur is safe, no doubt. Yes, I know all about its sudden disappearance. You did well in recovering it.
I bade her give you something—your first step on the path. She awaits you in the Athenaeum."
Thank you. I'll go speak to Josajeh.

Head to the Athenaeum in Ceporah Tower and talk to Josajeh to complete the quest.

"Thank goodness, you're back. I hope the Augur didn't give you too much trouble. I know it can be a handful.
Now, the Loremaster asked me to give you something. The first of many gifts."
What is it?
"The most valuable gift—knowledge! Please, use it carefully. When I learned my first spell, I accidentally banished a toad to the far ends of time! At least I think I did. It hasn't come back yet.
Congratulations! You've earned it—and my thanks."