Online:Breaches of Frost and Fire

< Elder Scrolls Online: Quests: Psijic Order / Summerset
A new cluster of time breaches appeared in northeastern Tamriel—specifically the lands of Stonefalls, Eastmarch, and The Rift. As an agent of the Psijic Order, I need to seal them.

You can start the quest in one of the following ways:

You now receive The Augur of the Obscure. Talk to Josajeh.

"Thank you, initiate. I honestly don't know what we'd do without your help. I keep telling the Loremaster I can assist you. I mean, I did spend my entire childhood on the continent after all.
I suppose he knows best."
You mentioned the Staff of Towers?
"Yes! The actual staff, created by the arch-mage Anumaril in the first era. If we're right, this could be the greatest arcane discovery in millennia!
According to the Psijic histories, the staff could bend and shape time itself."
And you think that's what's stirring up these time breaches?
"We can't say for certain. Yet.
I should warn you—the Loremaster finds this all very troubling. Magical artifacts always present a destabilizing influence. You know by now that a lack of stability does not sit well with our Order."
You're not concerned about it?
"I'm very concerned! An artifact left out in the wild for any hedge-mage to find ... the results could be disastrous! It should be here on Artaeum.
I need to get back to our research. We should have more answers when you return."

You receive Psijic Map of Morrowind and Skyrim and 9 Psijic Seals. Examine the map in your inventory. 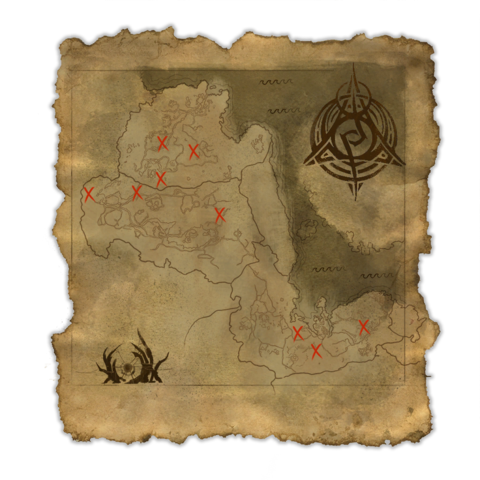 The following table lists the locations of the breaches, and the quotes from the Augur of the Obscure when you get near. Use the Augur when you are near a breach to be able to see it and seal it. Sealing a breach uses one of the Psijic Seals.

After closing all breaches return to Artaeum and talk to Loremaster Celarus to complete the quest.

"Ah, greetings, initiate. You arrive not a moment too soon. I assume that Josajeh gave you a summary of our predicament?"
Predicament? What's the matter?
"The Staff of Towers has returned. I was skeptical at first, but there is no longer any room for doubt.
Josajeh made the discovery—an exemplary feat of arcane inquiry. I find myself filled with a mentor's pride ... and no small measure of dread."
Why is the Staff of Towers so frightening?
"Ah. A teachable moment!
As a member of the Psijic Order you must know that great power always walks hand-in-hand with great peril. Even in the hands of a Ritemaster, an artifact like this can churn up untold horrors. Truth be told, it already has."
What are you talking about?
"Misuse of the staff led to something called a Dragon Break in the First Era—a catastrophic disruption of linear time that lasted the better part of a thousand years.
Trust me when I say that is something we cannot afford to repeat."
Fair enough.
"The threats we face are grave indeed. Fortunately, the Old Ways always provide. Wisdom in the face of uncertainty. Patience in the face of turmoil. And of course, strength in the face of danger.
Take this, initiate. And my thanks."