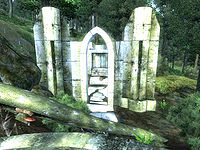 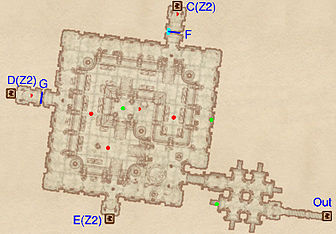 This zone is fairly straightforward. The main decision is which of the three doors to take to get to the second zone: D is initially inaccessible, leaving a choice between C and E. The northern door (C) is recommended because it leads to the valuable items and you will not have to backtrack in order to get everything in Zone 2. 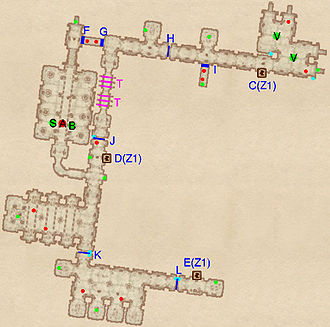 If you enter this zone through the northern door (C), you have access to the Varla Stones (V), Ayleid Statue (S), and boss chest (B), and can also explore the entire area. Be careful, however, while exploring because there are several doors that are automatically triggered as you walk past.