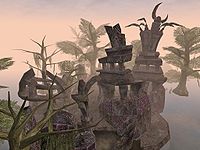 Addadshashanammu is a Daedric shrine to Sheogorath, located on an island northwest of Hlormaren, with its entrance facing northwest to the sea. A medium-sized shrine, this ruin holds five hostile worshippers and one winged twilight, as well as a non-hostile Nord barbarian and a few Daedra outside. The loot includes several scrolls, some soul gems, and two skill books as well as some alchemical apparatus. The pearl on the altar is cursed.

One of the worshippers, Pelena Acicius, offers medium training in Speechcraft, Light Armor, and Sneak if you are able to sneak up on her or calm her down. 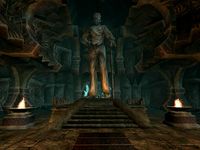 The shrine to Sheogorath within Addadshashanammu 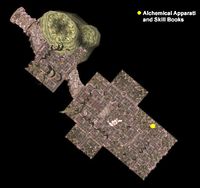