Anticlere (formerly known as Reich Gradkeep)[1] is a political entity located on the southern coast of the Iliac Bay, in the province of High Rock. Anticlere is a historical country that is considered one of the primary powers of the Iliac Bay, alongside the three kingdoms.[2] It is known for its rolling, verdant hills like the rest of southern High Rock.[3] The Knights of the Flame is the fiefdom's knightly order and they serve to protect both their country and their lordship. The Divine, Mara is the goddess-protector of Anticlere and her temple of worship, the Benevolence of Mara represent her across the region.[4]

Before the Bretons inhabited the region, the land that would become Anticlere was discovered by the Aldmeri explorers of the mid-Merethic Era. They were led by Topal the Pilot, Captain of the Niben who charted the sea lanes of Tamriel. From the port city, Firsthold, the Niben made its way northeast in the span of two months. In the ancient mythic-epic, the Aldmeri Unhendra Nibenu, they described it as a "sun-kissed meadow of gentle dells." Topal and his men rested on the shore, before they were confronted by ancient Orcs from the glen. Interestingly, the epic's mention of Orcs spurred a theory from Florin Jaliil that questioned their true origins.[3]

Reich Gradkeep, the settlement was founded in the early First Era,[5] but it is unknown when it earned its title of fiefdom. The Divine of Compassion and Agriculture, Mara is the goddess-protector of Reich Gradkeep and every year on the 21st of Last Seed, the people celebrate Appreciation Day, an ancient holiday of thanksgiving that showed thanks for a bountiful harvest.[6]

The Lord of Reich Gradkeep was one of the few leaders in the Iliac Bay that could have withstand the invasion of the Camoran Usurper in 3E 266, but he was deathly ill all throughout the year and died by the end. Without any leader to unite the region, the Iliac Bay would have fallen to the Usurper had it not been Baron Othrok of Dwynnen, who rallied his neighboring states and defeated the Usurper the next year after.[2] 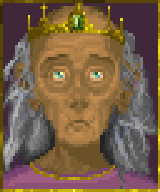 When the War of Betony took place after 3E 402, the Fiefdom of Reich Gradkeep was ruled by the Graddock royal family and it was a neutral party in the conflict. King Lysandus of Daggerfall made an agreement with Lord Graddock to arrange a peaceful summit in the city's castle with King Camaron of Sentinel. But after the meeting went awry, the fight took to the city and then out into the wilderness. Both Lord and Lady Graddock, as well as their heir-apparent, Mara Graddock were killed in the riot.[1]

The only remaining heir to the throne was a sickly infant, but the state councilor appealed to Lord Graddock's cousin, Auberon Flyte, so that he may rule as a regency.[7] Lord Auberon took on a strong, albeit dictatorial form of rule, but one that was necessary for Reich Gradkeep's restoration after the riot. In his honor, the town named him and his wife, Doryanna Flyte, proper rulers after the infant's death, and agreed to rename the country after his ancestral family, Anticlere.[1][7] 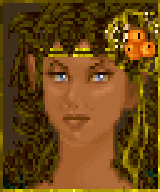 Despite this, there was an unannounced air of troubles in the country. Not long after he was named ruler, Auberon Flyte contracted the Guedoilic Plague from an Argonian ambassador and stayed away from much of the public. In his stead, he allowed his wife to use his seal and hold audience, whom he felt would not act unfaithfully. Doryanna Flyte was a suspicious character in the eyes of some people, most notably, Lord-Mayor Perwright, who did not trust her whatsoever.[1]

There was a persistent rumor that she had a relationship with the Guildmaster of Anticlere's Thieves Guild, and that she freed him from captivity every night to raid the roads and rob passersby.[1] The Knights of the Flame were not permitted to stop these highwaymen and were instead relegated to protect the town and the palace.[8]:100 She also replaced the elderly council of Anticlere, with younger, handsome male advisors, such as Lord Quistley and appointed Farrington as her courtier.[1]

By 3E 405, the Fiefdom of Anticlere was still ruled jointly by Lord Auberon Flyte and Lady Doryanna Flyte. It was neighbored by several settlements, including Daenia to the north, Dwynnen to the east, Shalgora to the west, and Urvaius to the northeast. At some point in time, the Knights of the Flame that were once stationed in Alcaire to the east moved west into Anticlere, where they now serve the Lorddom of the Flytes. The Benevolence of Mara was their regional temple at the time, in honor of their goddess-protector.[4] When the Warp in the West occurred in 3E 417, Anticlere was split through the middle between Daggerfall to the west and Wayrest, ruled by King Gothryd and King Eadwyre respectively.[9] Even when diplomacy took over where warfare was widespread, localized skirmishes continued to exist on the borders of Daggerfall and Wayrest, but it is unknown how a border region like Anticlere fared at this time.[5]

Anticlere (formerly known as Reich Gradkeep)[10] is the capital of the eponymous fiefdom, in the woodland not far from the southwest coast.[11]

The city was founded by the Nords when they invaded High Rock in the early First Era. It was one of their strongholds, alongside Daggerfall and Camlorn. But overtime the Bretons took over these cities via assimilation and the Nords were eventually expelled from High Rock[5] in 1E 369, when their High King, Borgas was killed in action.[12]

The Duke of Anticlere and his burghers fought a conflict with the neighboring hamlet of Sensford called the Battle of Duncreigh Bridge in 1E 1427. The battle was supposed to determine, whose ruling family was superior, but it had apparently achieved nothing as each village continues to boast about their prestige and antique history. Every year, the people of Anticlere would march through Sensford and proudly celebrate their "famous victory." And every year, these marches would end in fights and numerous injuries, sometimes provoking their knightly orders to wage a minor war. This tradition continued to live on since at least 2E 864.[13]

During the Imperial Simulacrum in the late Third Era, the village of Reich Gradkeep was an active settlement. It was ruled by Lady Chrystorya and it had a rivalry with Glenpoint.[10] It was neighbored by several settlements, including Daggerfall to the west and Glenpoint to the north.[14]

At the tail-end of the War of Betony in 3E 403, the armies of King Lysandus and King Camaron traveled to the city of Reich Gradkeep, to convene in Lord Graddock's castle in town and discuss an end to the war. The summit was initially civil and the original Treaty of Gradkeep decided that the kingdoms were given joint-lieges of Betony, but the Arch-Priest of Kynareth, Vanech substituted the treaty with a fake one, re-written in a vain attempt to lease the island completely to Daggerfall. According to legend, Lord Bridwell shattered the treaty and its writing table with his battle axe, causing the room to descend into chaos. Lord and Lady Graddock tried to restore order but were killed in the violence, and many others including Lady Mara Graddock were casualties. The battle continued into the rest of the city, and Reich Gradkeep was engulfed in conflict. Many looters took advantage of the situation and by the end of it, the city was in ruins. When Lord Auberon Flyte restored the city, the people renamed both the fiefdom and capital to Anticlere, after his ancestral family.[1]