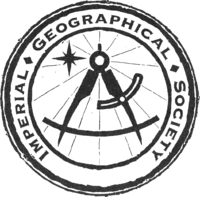 The Society has thrice been given the respected assignment of penning the Pocket Guide to the Empire, a broad overview of the history of the Tamrielic Empire. These guides, by definition of the Society, are to "paint a portrait of our known world at this moment in history for the edification of our readers [...] wide in scope".[1]

The Society works on behalf of the Empire and in 2E 864, under the new united Tamriel and by authority of Tiber Septim, the first edition of the Pocket Guide to the Empire was published. The guide was largely used as an educational and informative tool to reassure the inhabitants of the new Empire. Parts of the guide were considered propagandist to emphasize this reassurance. The Society published the second version in 3E 331 and the propagandist tone was removed. The third edition appeared in 3E 432.

The Society also published Gathering Force: Arms and Armor of Tamriel and The Improved Emperor's Guide to Tamriel in 2E 578, before the first pocket guide. An apparent branch of the Society, the Imperial Geographic Survey, published a census on the Daedra Lords around the same time as the third edition pocket guide was released.[UOL 1]