These vast subterranean vaults have stood in Southern Elsweyr since before the beginning of recorded history, but no one knows who built them or why. At least one section of the Halls seems to have been occupied or used by other parties in the interim. 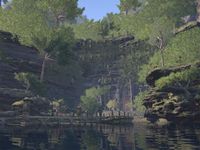 The Halls of Colossus

The Halls of Colossus are ancient subterranean vaults located along the southern coast of Elsweyr. The part of the halls visited are currently occupied by the Euraxians, forces loyal to Queen Euraxia Tharn of Rimmen, who lured Abnur Tharn there to unlock the powers of the Wrathstone and release the weapons within.

The Hall of the Lunar Champion contains a portal to the ledge on the western side of the entrance to the Halls where furnishings can be placed. The portal is opened placing the Behold Khunzar-ri's Betrayal on the altar of Betrayal, which is obtained from completing The Heir of Anequina. 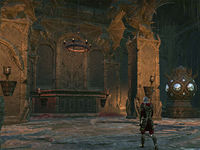 The entrance hall, note the Khajiiti light puzzle orb to the right 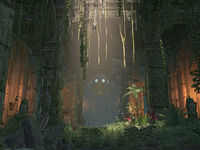 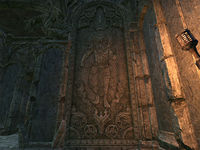 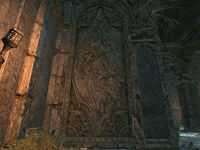 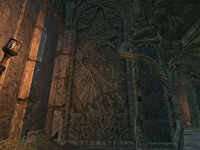 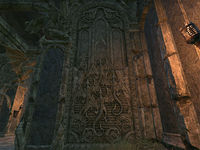 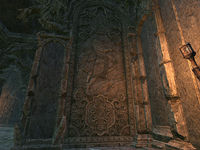 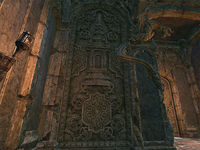 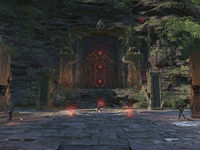 The Summit of Rending Flames 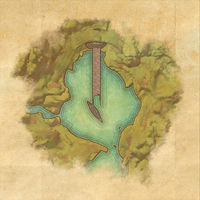 A map of the Halls of Colossus exterior 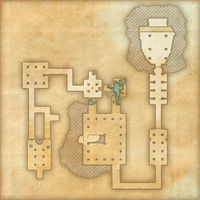 A map of the Halls of Colossus interior bottom level 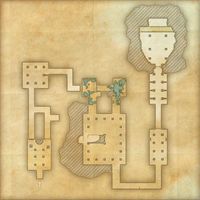 A map of the Halls of Colossus interior top level

This Elder Scrolls Online-related article is a stub. You can help by expanding it.
Retrieved from "https://en.uesp.net/w/index.php?title=Online:Halls_of_Colossus&oldid=2357026"
Last edited on 10 March 2021, at 06:55