Artifacts are specifically defined as any exceptional item with a unique appearance. This is opposed to Unique items, which are defined as those which there is only one of, but which use the same appearance as other generic items. This is a list of artifacts that were added in the Bloodmoon expansion pack for Morrowind. 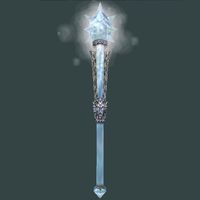 The Mace of Aevar Stone-Singer is a hard-hitting weapon that is offset by its great weight. It can only be obtained as a reward for The Skaal Test of Loyalty main quest from Tharsten Heart-Fang in the Skaal Village.

Spear of the Hunter 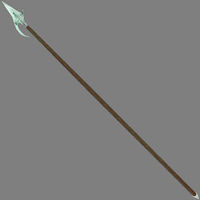 Spear of the Hunter

The Spear of the Hunter is a weapon associated with Hircine. It can only be obtained if you defeat the Hircine's Aspect of Guile at the end of the Bloodmoon Main Quest. See the Hircine's Hunt quest for more information. It is the best spear in the game, including both the Bloodmoon and Tribunal expansions. 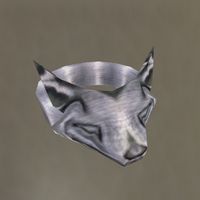 Hircine's Ring is a unique artifact associated with Hircine. It appears in your inventory once you defeat Tharsten Heart-Fang at the end of the main quest. See the Hircine's Hunt quest for more information.

If you put Hircine's ring on, you will turn into a werewolf for around six hours. You won't suffer from bloodlust, so you won't lose health if you don't kill anyone. But if you put it on while NPCs are looking, the world will still know you as a werewolf.

This ring has an enchant value of 120 like exquisite rings do and can contain spells without messing up the werewolf ability. When you are asked if you want to turn into a werewolf, select no, and the ring will grant the enchantment instead.

Tharsten claims that he has worn the ring for many generations, implying that it lengthens the wearer's lifespan in addition to its more obvious properties.