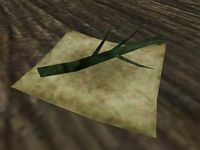 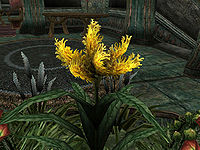 Nirthfly Stalks are one of the more common ingredients found in Mournhold. In addition to being found in planters throughout the city, they can be purchased from Galsa Andrano at the Temple Infirmary. She has a restocking supply of 5 samples. Be careful about witnesses when harvesting the plants, as it is sometimes considered a crime. Nirthfly Stalks have the exact same properties (though in a different order) as Meadow Rye. Mixing these two ingredients together will produce a potion with all four effects.

Plants can be found in the following locations: