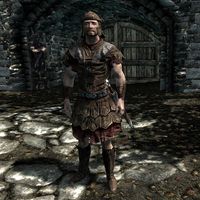 An Imperial Guard outside of Riften

Imperial Guards are guards that can be found in Riften, Winterhold, Dawnstar and Windhelm when the Imperial Legion takes over their respective Hold and they act as the military and police force throughout that Hold.

Their primary skills are one-handed, two-handed, archery and block (although they carry no shield.) Their secondary skills are heavy armor and light armor. 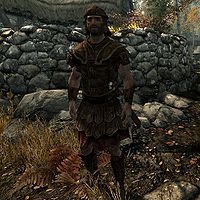 An Imperial Guard in Ivarstead

These Imperial Guards are guards that can be found in Ivarstead and Shor's Stone when the Imperial Legion takes over the Rift.