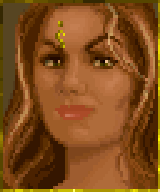 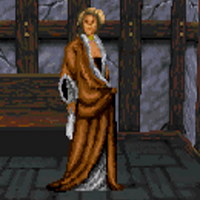 Agent of the Blades

Brisienna, Lady Magnessen (sometimes styled Lady Brisienna) is a female Nord, ostensibly a noble, but secretly a member of the Imperial Intelligence Service, also known as The Blades. She is the sister of the current leader of the group, an individual known only as The Great Knight.

Brisienna was in the employ of the Dowager Queen Mynisera during the latter's reign as Queen of Daggerfall. In that function, Brisienna was also the contact person between Mynisera and Emperor Uriel Septim VII. Her official status was that of an ambassador of the emperor, but it was an open secret in Daggerfall that she was an agent of the Blades.

After King Lysandus' son Gothryd ascended the throne, Lady Brisienna went into hiding. Some say it was because King Gothryd no longer tolerated her spying for the emperor, and he was about to have her arrested. It is rumored that she is still somewhere in the Iliac Bay doing business for the Blades.

This article, which is part of the Daggerfall Redesign Project, is a stub. You can help by expanding it.
Retrieved from "https://en.uesp.net/w/index.php?title=Daggerfall:Lady_Brisienna&oldid=2391423"