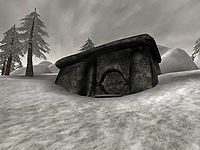 The Tombs of Skaalara are an important cavern for the main quest which is located on the eastern coast of the island, southeast from Skaal Village. 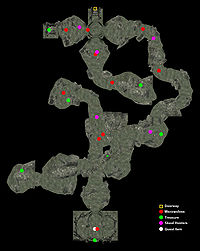