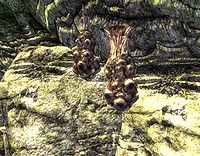 The ingredient Grummite Eggs comes from both "Grummite Egg Sacs" and "Grummite Egg Mounds", which are treated by the game as plants. Egg mounds have a 33% harvest chance, whereas egg sacs (of which there are two varieties) have an 80% harvest chance. Grummite egg sacs and mounds are more common in Dementia, but some can also be found in Mania.

In addition, nearly all Grummites, both Dementia and Mania varieties, have a 25% chance of carrying Grummite Eggs.

77 guaranteed samples can be found. The places with the highest numbers of samples are:

It can also be found randomly in Ahjazda's inventory and in some loot chests.

The places with the highest concentrations of Grummite Eggs are:

33 can be found growing inside: 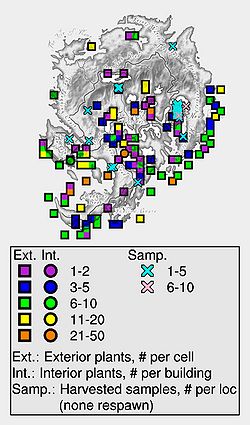 Grummites appear at all levels, and in most cases are respawning creatures that are guaranteed to appear (even if eggs are not guaranteed). The best places to find Grummites include (red circles): 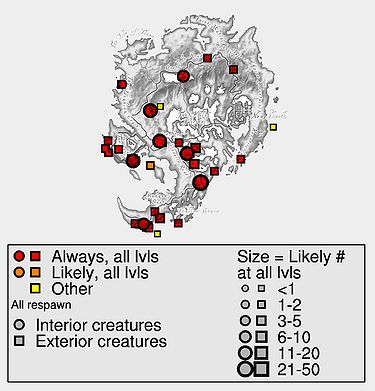