Dark Brotherhood: Your talent for homicide has been noticed and an invitation has arrived—to join the Dark Brotherhood! Come to the Gold Coast, westernmost region of the old Empire, where opportunities abound for intrigue, conspiracy … and murder! It's one killer DLC. 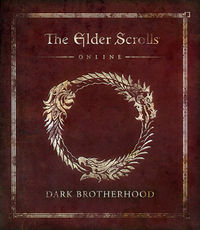 The loyalty reward is the Assassin Personality. The DLC is also available for purchase as part of the Dark Brotherhood Collector's Edition bundle for 040004,000

. It's included with the Gold Edition of ESO and the Guilds and Glory bundle.