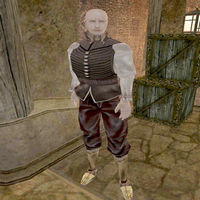 Thorek is a Nord smith who runs The Razor Hole, located opposite Eight Plates in Balmora.

He has steel katanas, steel wakizashis and silver weapons for an early boost, and a good selection of ammunition, but his greatest treasures aren't for sale. The Dwemer Pneuma-Trap battleaxe, a steel claymore of hewing and a Dwarven claymore are stashed in a storeroom behind a locked (90) door. These are technically property of the Hlaalu Guard who protects his store, so be very careful if you attempt to steal them, especially if you are a member of House Hlaalu. 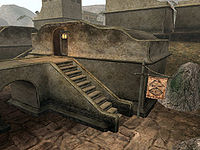