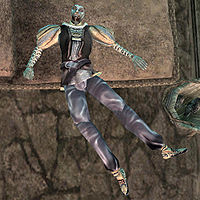 The reason for his death is not known, and neither he nor his amulet appear to be of any significance in the game. He was likely meant to be part of an unfinished quest that was never properly implemented in the finished version of the game.