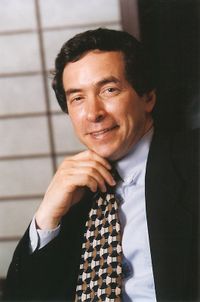 Christopher S. Weaver is the founder and former President of Bethesda Softworks. There is a fair bit of disagreement when it comes to his role in the Elder Scrolls series. Some sources, such as The Escapist, say "If Weaver had a baby, Arena was it, and it showed." However, one of Arena's developers, Ted Peterson, fails to mention Weaver when discussing Arena's development. It is important to note that The Escapist also makes major factual errors such as calling Battlespire and Redguard expansions of Daggerfall. Sometime around Morrowind's release, Weaver was forced to leave the company, eventually suing ZeniMax Media for a large sum of severance pay.