The UESPWiki – Your source for The Elder Scrolls since 1995
< Bloodmoon: Alchemy / Items: Ingredients
Jump to: navigation, search 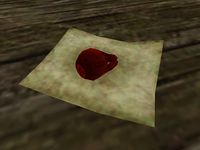 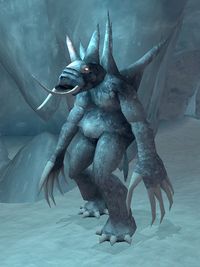 Grahl Eyeballs are extracted from the bodies of slain Grahl. These creatures are quite rare and can only be found in a few locations. They do not respawn, but each is guaranteed to produce an eyeball when killed. In the process of completing the Main Quest, you will probably end up killing every one of them, so you will likely end up with exactly the same amount every time - 13 eyeballs.

There is one special Grahl Eyeball, Flaming Eye of the Lightkeeper (ID: ingred_eyeball_unique), which is found on the Lightkeeper Grahl in the Halls of Penumbra. It is needed for The Ritual of the Sun quest, which is part of the Main Quest. So while you could mix it with a regular Grahl Eyeball and create a potion with all four effects, this is obviously not a good idea.

Grahl can be found in the following locations: