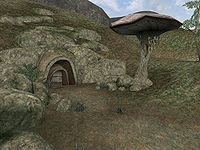 Sandas Ancestral Tomb is a small tomb in the Ascadian Isles. 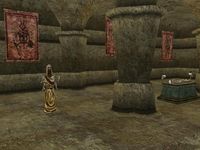 The tomb is west of Bal Ur and northwest of Suran. There are four leveled undead here. The door to the southern most room can be opened with the Key to Sandas tomb, found on the Corpse of a Noble Guard in the central chamber. A second key, on a pillar in the northern room next to another guard corpse, opens A nobleman's chest in the locked room. This chest (which contains a set of Orcish bracers, cuirass and helm) is cursed. If you open it, you will receive a message saying "You suddenly feel quite cold..." and both guard corpses will animate and attack you. These corpses, however, are temporary, and will reset if you leave and re-enter the tomb. Use of Mark/Recall spells can be used here to easily avoid the fight.

There are no known members of the Sandas family. 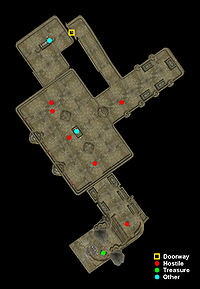